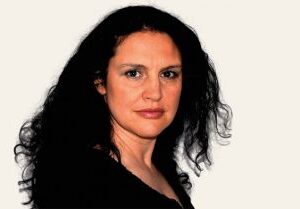 Practices are bursting at the seams… primary care cannot be left to survive on secondary care’s leftovers.

In its 2019 Performance Tracker, the Institute for Government think tank noted spending on general practice had increased in the preceding six-year period.

NHS digital data confirm real-terms spending on general practice rose by 17.9% between 2010/11 and 2018/19. The IFG tracker report said practices had managed higher workloads by ‘becoming more efficient and making greater use of physiotherapists and healthcare assistants’. But, it added: ‘decreasing continuity of care and lengthening waits for appointments suggest that these new working practices have not been enough’.

That was before the Covid-19 pandemic. Since then practices must feel like they’ve been hit by a tornado, with scared patients, e-consultations, social distancing, the vaccine rollout and now the backlog swirling around them – all at a time of high staff absence.

In March 2020 the chancellor said part of an extra £6bn for the NHS would go towards more practice staff. But what became of that when, that same month, the country went into lockdown and practices were suddenly spending money on PPE, upgraded IT systems and protection screens? Yes, primary care has had some £500m of Covid funding over the past year but that seems pretty paltry alongside the £5.4bn over six months the Government is to fork out, which looks largely for hospitals to clear their backlog. Of course, hospitals are vital. But, as healthcare gatekeepers, so are practices, and nurses are the backbone. Where would the country be right now without their vaccination expertise? Primary care cannot be left to survive on secondary care’s leftovers.

When the Government finally unveiled its autumn/winter plan on 14 September – giving healthcare workers just a few days to put the programme into action – it meant at least 30 million more vaccinations over the next few months. But practices are bursting at the seams, coping with their own backlog. Primary care staff are seeing more people with mental health issues while struggling themselves to keep anxiety and depression at bay.

A Nursing in Practice survey in March suggested 35% of practice nurses in England were thinking of leaving the profession. Ministers and the media need to remember general practice and not just focus on secondary care: nurses who work outside hospitals also need support and practices need a further cash boost just to keep going.

The BMA has launched a petition calling on the Government to hand more money to practices to help with their ‘unmanageable’ workload, as part of its Support your Surgery campaign. I suggest it is well worth signing. As Devon LMC has warned, under-resourced surgeries are on the brink of collapse, and may end up going over the precipice.