Health and the homeless 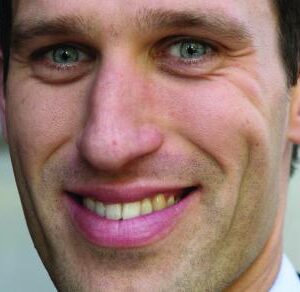 Improving care and poor health in the homeless community

The new Prime Minister Theresa May wants to “fight against the burning injustice that, if you’re born poor, you will die on average nine years earlier than others”. In the new national nursing and care strategy, Leading Change, Adding Value, A framework for nursing midwifery and care staff,  England’s chief nurse Jane Cummings says “we need to investigate and correct unwarranted variations in health”.
Poor health can lead to homelessness, and prolonged homelessness often makes health even worse, it’s a vicious circle. At Inclusion Health general practice in Leicester (a specialist practice for people who are homeless), 81% of patients have a longstanding health condition compared with an average of 51% across Leicester city. This poorer health is matched by a personal and economic burden impacting people’s ability to work – 45% of Inclusion’s patients are unemployed, compared with 9.5% of the Leicester city average. This kind of pattern is reflected across the homeless population.
The most common neurological long-term condition is epilepsy, affecting around 1% of the UK population. Evidence is gathering to suggest that people who are homeless are significantly more likely to have epilepsy than the general population. In a ground-breaking report, Epilepsy among the homeless: prevalence and characteristics, Anne Laporte and her team found that the prevalence of epilepsy in their study of a homeless population was 8% – around eight times higher than the prevalence in the general population. In a more recent audit of health assessments conducted with people experiencing homelessness in Westminster, St Mungo’s found that 4% of the patients had epilepsy (four times more than the average).
Living with epilepsy presents a number of additional challenges if you are homeless – having seizures on the streets can heighten your vulnerability and risk of being a crime victim, and anti-epileptic drugs (particularly benzodiazepines) have a high street value, making it harder to store medication. The stress, poor sleep and poorer mental health associated with homelessness can also trigger an increase in seizure activity and a higher risk of epilepsy-related conditions such as sudden unexpected death in epilepsy. Epilepsy may also impact upon memory, making it harder for the person to remember important welfare, housing and health appointments.
At the Queen’s Nursing Institute’s (QNI) Long Term Conditions and Homelessness event last year, nurses from around the country said they wanted more guidance about epilepsy. The QNI has also heard from some specialist neurological services, which currently do not systematically reach people who are homeless. As such, the QNI worked with epilepsy specialist nurses and homeless health nurses to create a guidance document to support increased knowledge and awareness of epilepsy and its impact on people who are homeless. The guidance document was published online in July and is available at: qni.org.uk/news/253.
Poorer health experienced by people who are homeless is an ‘unwarranted variation,’ which is seen every day by nurses. Nurses have the power to reflect on the socio-economic conditions faced by their patients, and to what extent these may result from a diagnosis of a neurological condition. They can consider whether someone’s living conditions place them at greater risk of developing long-term health conditions, and develop innovative and proactive responses. Nurses can help capture data on housing and epilepsy and give the knowledgeable, compassionate, holistic care necessary to support effective epilepsy management.