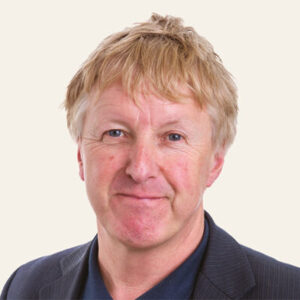 There is a lot in health and social care for nurses to be angry about, but can there be risks for those who choose to speak out? George Coxon considers

It’s a dilemma, debate, and difficulty all in one – how politically active should we be as nurses? How strongly should we be responding to and voicing concerns?

As an ex senior mental health nurse with many NHS roles within healthcare organisations over the years, I do feel that there is a delicate balance in how vocal we are in speaking up and speaking out about political issues, and how doing so risks increasing our stress levels, our reputations and career development and progression.

The cautionary tale I am going to share is long after the event for me, but one that I want to offer in the context of the current service pressures, demands, workforce frustration and workload strains that everyone is enduring as we learn to live life with Covid. Add to this the extreme hot weather during August, and we have the perfect storm of events coinciding.

Work at the coal face across health and social care has never been tougher. And in the past week, we have seen national headlines about the 165,000 vacancies in social care (that’s circa one in ten jobs) and the drive to do more overseas recruiting, with all the complexities that this can mean. There is almost a risk of a battle of whose dreadful state is worse – the NHS or social care, though this is not a helpful contest I suggest (does anyone else remember the conundrum in Monty Python’s The Four Yorkshiremen sketch?).

Let’s return to my cautionary tale. For me, it was a salient lesson in applying a head over heart view on speaking truth to power perhaps and being courageous honest and open – or that ‘Jerry Maguire moment’ of clarity we may all be liable to succumb to – and perhaps the need to reflect of consequences of the choices we make. (Hopefully, the allusion to the famous Tom Cruise work- work related epiphany scene in the film is not lost on everyone?)

So, I had recently taken up the role of principal healthcare lead for acute services and specialist commissioning at the now defunct Somerset Health Authority, and immediately witnessed many staff exiting around me, in a frenzy of individuals seeking a decent role in the new configuration that I had unwittingly strayed into.

This was during one of the many NHS root and branch reforms. The health secretary at that time was Alan Milburn and his plan was to introduce primary-care-led change as his legacy, called ‘Shifting the balance of power’: some will remember this.

Thinking I was being helpful, I agreed to pick up some of the work being left by those departing to their new top jobs. I was left behind, trying to cover work programme areas that were outside of my remit of specialised services and work with acute hospitals.

One example was stroke service redesign. I was meeting service leads and clinicians, and was so impressed with one meeting that I wrote a letter for publication that was given top status in the Health Service Journal. This talked positively about partnership working, energy levels, working to change things for the better, and how cost, capacity and demand pressures were being dealt with grit and determination.

This was a positive letter, I think you’d agree? Sadly, it was not seen that way by many SHA colleagues. In fact, it was seen as ‘naïve and politically inept,’ and for a short time was a severely career-limiting move.

I learned then that sometimes saying upbeat things not sanctioned by our seniors can be damaging and dangerous. I’m not bitter, but the experience taught me a painful lesson about the risks we take when we make negative noise publicly, and alas the same is sometimes true of positive noise.

I have also since been wary of taking on extra work, at risk of being spread too thin and letting people down. My experience is a sad indictment of how we can punish initiative and enthusiasm. This topic is a real talking point I’d suggest. I would love to hear from others about the value and risk in being ‘keen’. These days, I still resist cynicism as much as I can – despite there being ample opportunity to get all cross and irksome about our imperfect health and social care system.

Blaming and accusatory media headlines do provoke strong feelings, but as I have said in past Nursing in Practice articles, I’m an advocate of ‘understanding before condemnation,’ even if this is more liable to provoke accusations of political naivety and ineptitude.

For me, there are some key messages here about political activism as a nurse. Instinctively, I will always promote self care: if you are driven to speak out publicly, for example using the dangerous world of social media, be cautious, pause before you press send or beat that drum – speak to a trusted friend or colleague.

Opinions that are contentious and can divide opinion can become toxic and result in adverse attention, but this must be set against having courage to take a stand and follow your heart. Courage, of course, is one of the 6Cs guiding nurse values.