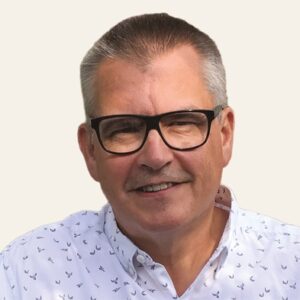 All of us are aware that nursing is experiencing an unprecedented amount of vacancies; in January NHS Improvement published figures showing 35,000 nurse posts in England were vacant.

The impact on both the ability to care adequately for patients, and on the health and wellbeing of staff will be only too evident to those in primary and community care.

The most reliable source of new nursing staff into the workplace has been nurses graduating from university. However, recent Government decisions have placed this in peril, and we need the country’s top nurses to fight our case during pay negotiations.

The Government has recently introduced a new system called the Teaching Excellence & Student Outcomes Framework (TEF). Under this, universities are given a gold, silver or bronze rating after being assessed on a range of factors including data on average graduate earnings. However, the Government is now looking to separate this data by programme, including data on the salary students achieve after graduation, driving a consumer and materialist attitude toward course selection.

Worryingly, if the nursing salary impacts on TEF award level, some vice chancellors could vote with their feet and opt to focus on programmes that lead to more generous salaries, in order to optimise their grading. This could potentially reduce the institutions offering nursing, which in the current challenging environment would be catastrophic. Equally, if students considering nursing were to use the information as the Government seem to intend, they may decide to opt for a more lucrative career.

That said, the majority of nursing students we interview at Birmingham City University are motivated by compassion rather than salary. By far the most common phrase heard during our interviews is ‘I want a place on this programme because I want to make a difference.’

The Government has made some extra provisions for health students, including claiming travel expenses and grants for childcare. However, few potential students are aware that these are on offer and since the Government removed the bursary and payment of course fees at the beginning of this year, we have seen a drop in applications, particularly amongst mature applicants. This has resulted in a decrease in recruitment, meaning that there will be a resultant drop in the number of nurses entering the service in three years’ time.

In order to try and address these very real risks, we need nurse leaders to use this information in their salary negotiations with the Government, to ensure the essential nature of our role to the NHS is recognised, and the graduate earnings bear comparison with other graduate professions.

I also feel the Government owes health students a national campaign, explaining the benefits of a nursing career, and the additional benefits in place for students to studying professions allied to medicine.

Jeremy Hunt has grandstanded an announcement of training places for 10,000 extra nurses, yet we are having difficulty filling our existing places due to the very policy change used to free up funding for these extra places.

This Government has long been guilty of releasing policy as appealing sound bites with as much subtlety as a burlesque fan dance. It is now vital that nurses with a public voice and strategic roles hold this Government to account in the media and around the negotiating table. It appears they are the only two motivators this Government responds to.