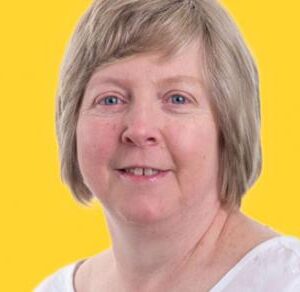 The princely sum of 28p will buy a box of 16 paracetamol in a local shop, how much does this cost the NHS if a prescription is done?

It is now over six years since prescription charges in Scotland were axed. It was a very popular move and the SNP at the time said it would not increase demand on prescriptions. However, the evidence is now showing a different situation.

I can remember Nicola Sturgeon speaking at the Scottish Practice Nursing Association conference when she was the health minister. When asked about this she stated that there was no evidence from Wales, who had been the first to abolish prescription charges, that demand had increased.

The NHS in Scotland spent £1.19bn on prescription drugs in 2014/15 – an increase of 27.1% in 10 years. For those working in general practice in Scotland, the reality is that patients are now coming there for medicines that many would previously have bought over the counter in a supermarket or pharmacy.

The pre-2011 system may have needed fixing – there were anomalies, for example, being hypothyroid and on thyroxine got you all your prescriptions free but having asthma and requiring inhalers did not – but could it not have been overhauled?

The princely sum of 28p will buy a box of 16 paracetamol in a local shop, how much does this cost the NHS if a prescription is done? In 2015 in Scotland there were 2.7 million prescriptions for paracetamol at a cost of £10.88m to the NHS. This money could be spent in other areas.

In Scotland we have an ageing population, patient demand is increasing and new medicines and treatments are costing more.

Any changes are likely to have a mixed response and of course we need to protect vulnerable groups and those with long-term conditions but perhaps what can be prescribed should be looked at.

If say any items costing less than £2 and available to buy over the counter were not prescribed imagine the cost savings.

I have actually had patients decline a prescription on the basis that they could get it from the pharmacy even though they knew it would be free with a prescription.

Meantime what about printing the cost of the drugs on the label to inform people and perhaps reduce stockpiling them at home? This may be controversial but it’s not intended to make anyone feel guilty about what they need but rather to give them a sense of the value of it.

This is not about a tax on ill health; it is about making best use of resources in a struggling NHS.