It is too simplistic to focus on obesity during Covid-19 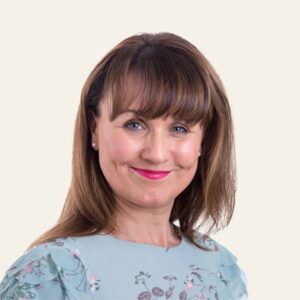 The issue of weight has been brought into sharp focus during the Covid-19 pandemic.

Following his discharge from hospital after having Covid-19, Boris Johnson stated he had lost just over a ‘stone and a bit’. He encouraged the nation that being of a ‘normal weight’ would mean the individual was at less risk of not only virus but from a range of possible conditions and this would in turn protect the NHS.

It is true that being overweight (BMI of between 25 and 29.9) or obese (BMI over 30) has major risk factors for multiple disorders. But so does being underweight (BMI less than 18.5).

Research shows that there is a relationship between BMI – high and low – and health disorders. These include mortality for diabetic patients, mental and neurological issues, as well as Parkinson’s disease.

As healthcare professionals we routinely screen patients who have lost and gained weight,  and it has become clear that over the past seven months there has been an increase in the number of people struggling with both their mental health and weight as a result of the lockdown.

What we know is that Covid-19 has infiltrated every aspect of our lives. It has become obvious to me that weight concern has become an issue in everyday life. For many the current time is a battle both physically and mentally and we cannot afford to look at risk factors in isolation from one another during a global crisis. Mental wellbeing and weight are linked.

The term ‘eating disorder’ is more often than not attributed to anorexia, and with just cause –  but we are living in a new world,  a world of uncertainty and change which is often thrust upon us with short notice and the nation has had to adapt very quickly to a new set of guidance and rules to live by. Eating disorders will now encompass a wide range of conditions.

Individuals have been taken out of their normal routines. That does not prevent exercise from happening but creates a challenge for weight management.

During the lockdown in March, we were advised that we had to stay at home and only leave our respective houses to exercise, initially once daily with the extension to twice daily toward the end of the lockdown. One day the gym is open, the next closed.

Joe Wicks, the fitness entrepreneur has been successful during the pandemic for his home workout routines which are suited to all abilities and ages. But still, with gyms closed, the motivation to uphold exercise routines has lapsed worldwide.

Then there are those whose weight and health will be determined by their incomes.  It has been estimated that at least 100 million people worldwide will perish from hunger as a result of lockdowns. The socioeconomic impact of the two lockdowns in England is no doubt going to be significant.  We know that many children from low-income vulnerable families have been refused free school meals in England during the half term despite the solid efforts of footballer Marcus Rashford.  In the 21st Century children should not be going to bed hungry, it impacts on both their physical and mental wellbeing. But so too does eating the wrong form of diet and gaining weight – we know that a balanced diet is key to preventing early onset of type 2 diabetes which has seen an increase, not in the traditional middle-aged years group but amongst teenagers and adolescents worldwide with Japan experiencing an 80% increase.

Locksdowns have also created health issues for our most vulnerable groups. It seems being isolated, which is what many people who were shielding had to do for weeks, may compromise the immune system. This leads to a paradoxical situation of compromising both the physical and mental health of many people including the ones that we are trying to protect.

Health is made up of three aspects:  biological/sociological and holistic. Whether as healthcare professionals we are discussing weight and the management, thereof, it is vital that we do not look at it in isolation. Being overweight or obese of course has its implications but also being underweight, especially in our most vulnerable groups – the very young and the elderly.  And importantly, we must not forget the link between weight management and mental wellbeing.