What does compassion mean to me? 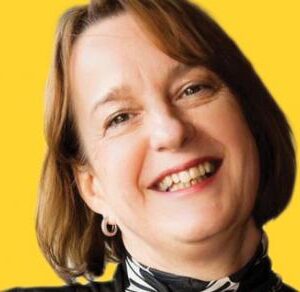 In her first instalment of a series of blogs, Clare Price-Dowd talks about her personal experience of compassionate nursing and discusses why it’s so important in the NHS.

In her first instalment of a series of blogs, Clare Price-Dowd talks about her personal experience of compassionate nursing and discusses why it’s so important in the NHS

Nurses often enter people’s lives at a very vulnerable time and the way they treat people and their families can leave a lasting impression. We’re probably the nation’s most trusted profession but if we don’t act and behave in a compassionate way we ultimately risk losing what we’re here to do: provide high quality care to those who need it the most. Sadly, this is something I experienced when my mum passed away.

My mum was a very intelligent woman but after suffering a stroke 15 years earlier, she developed vascular dementia which meant she needed 24 hour care. When she suddenly had a fall and was taken into hospital, nobody was looking for anything life threatening. But within a matter of days things went desperately wrong and she died. She had developed an abdominal tumour that had gone undetected and ultimately bled to death.

How the staff made me feel is something I still reflect on today. I remember when I got the call about my mum’s condition deteriorating at 1am in the morning; I jumped out of bed, put an old bomber jacket over my pyjamas and raced to hospital. When I got there, the consultant surgeon was very rude and abrupt; asking me ‘how much of a drinker is she?’  and telling me that ‘obviously’ my mother had a history of alcoholism in order to have ascites like this. She barely had a sherry apart from Christmas. I honestly think if I had been there in the afternoon, in a fancy suit or dress he wouldn’t have spoken to me the way he did. Perceptions really count and as I looked a mess, he thought he had the right to be insensitive. But for me nothing was more important than being by my mum’s bedside. Things continued to be challenging and I really had to fight my corner for my mother not to have surgery. I had to constantly explain that at the age of 88 this wasn’t something my mum would have wanted, it seemed obvious to me that she was dying without dignity – but no one seemed to listen or care, apart from the student nurse on the ward. All I remember is the student nurse – Jennifer – listening carefully to everything I had to say and making me feel like my mum and I were the only two people who mattered at that time.

That experience happened six years ago, yet I remember everything like it was yesterday. As nurses we must recognise how we make others feel; this is something Jane Cummings mentioned at the Chief Nursing Officer for England’s Summit a few weeks ago, and something which I wholeheartedly agree with. Being compassionate doesn’t cost anything but means so much. It needs to be something which should be adopted in everything nurses do; we must remember that when we’re wearing that uniform and badge we’re playing an important part in someone else’s life. We’re all so busy and embroiled in our own lives, but we need to think and act carefully. We need to make sure that we don’t let the fact that we we’re running late or didn’t get a seat on the bus affect how we are with our patients.

Here at the Academy we invest in showing participants how it feels to be on the receiving end of their leadership. We ask everybody to think carefully about how their perceived by others which is really insightful. You might have someone on your ward for a matter of days or weeks and you may never see them again, but how they feel when they’re in your care is hugely important. Twenty five years ago I was a student midwife and as a part of my role I could be called into a room, often help to deliver a baby and leave. I was literally part of a woman’s life for a matter of minutes, but during that intimate moment I had a massive part to play. It’s easy to think ‘I won’t be seeing this person again, so it doesn’t matter’ but it goes back to that lasting impression we leave with people about our roles and the NHS – something which we should be proud of and here to make better.

The relationship between nurse and patient is really important. When I later trained as a health visitor I was taught about the role of transient conversations – the ones that begin when you’re getting ready to leave at the end of a visit, when you’re walking away from the clinic desk or packing your car to drive off – those are the conversations where patients tend to tell you what’s really worrying them. You might have been on shift for hours but the last two minutes before you leave is when the real issues come up. When you’re visiting patients or families in their homes, you should never turn down a cup of a tea, because you might be turning them away at a time when they have decided they trust you and need you the most. If you show true compassion, people will open up to you and you will build trust, which is key. You can only treat what you see but if you build trust with a patient, you’ll find out what’s really going on in their mind and provide them with better care. For example if a child has chicken pox, you can reassure the parents, but if you don’t have that transient conversation you might never know that the mother suspects she may be pregnant and worried about how the chicken pox may affect her pregnancy. You need people to open up to tell you things which you really need to know. Sometimes being compassionate can be difficult. What do you do if a patient refuses treatment which ultimately may prolong their life? You can still be compassionate by respecting their wishes but still giving them the information they need to make the best decision for them.

Compassion needs to be role-modelled within an organisation and firmly embedded within its culture. If you don’t have a compassionate leader yourself how are you then expected to provide compassionate care to those who need it the most? The Francis Inquiry showed how a hospital trust which was meant to care for people, let patients and their families down by following a target driven approach rather than focusing on patients. I know nursing staff often miss breaks, or might go hungry because they’re busy helping patients and that can often be challenging. But no matter how low you’re feeling, you get up and go to work to make a difference, that’s what we’re trained to do. A compassionate word – no matter how stressed you are – leaves a lasting impression; it hinges on the difference between a smile, a frown or a blank face, or perhaps not being acknowledged at all. Someone once told me that as nurses we’re paid to care for people, but good nurses care about people – that’s what we all need to strive for.

The NHS is constantly going through periods of transformation and ongoing pressures, which can make it a difficult place to work in. But we need to go back and remember the reason why we chose this career and many of you, like me, wanted to make a difference. So the next time you’re treating a patient, remember the important value you’re adding to their lives and their families. 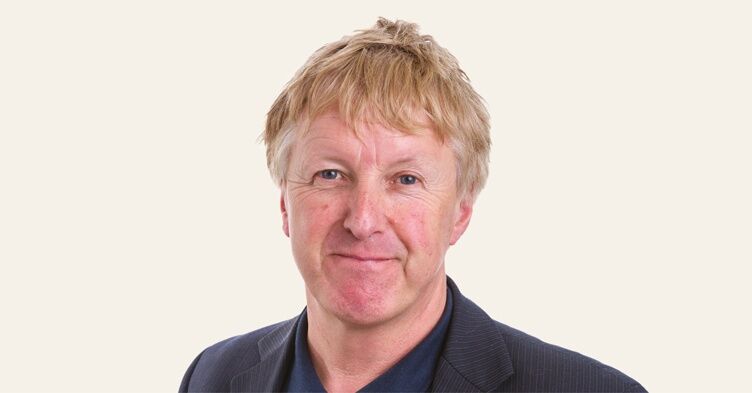 It’s all about what we say, as much as what we do