Caring for the convicted: The challenges of nursing on the inside 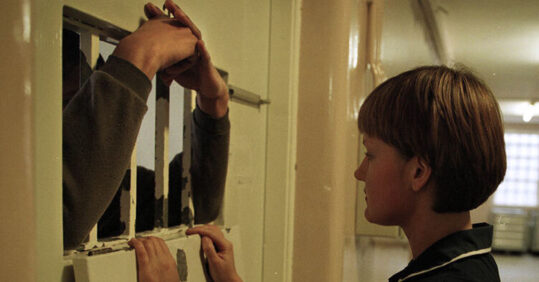 At the start of September, there were 81, 245 people serving out prison sentences in the UK.1 According to the latest report from the Prison Reform Trust this number is expected to increase by a further 18,000 by 2026.2

Yet for a population soon to be equivalent to that of a large town, the healthcare needs of prisoners are surprisingly overlooked and often underfunded.

But for the nurses who work within prisons, the care that they are able to provide has come a long way.

‘People don’t fully understand how much healthcare is delivered in prison,’ says Maggie Woods, director of nursing and quality at Practice Plus Group, an independent provider of NHS services in justice settings.

‘In the past, health in justice was seen as a bit of a backwater, but now we have the ability to look after some really complex patients.’

While their work is hidden behind walls, Ms Woods says healthcare staff in prisons provide everything from mental health and maternity support to cancer treatment and end-of-life care. The care is varied, often complex, and delivered to a particularly vulnerable patient group.

Not only are there growing numbers of people in prison but they are now in there for longer. More than twice as many people received sentences in excess of 10 years in 2020-21 compared with 2007-08. The average sentence for more serious offences is now 55 months, two years longer than in 2008.5

Balancing security and health
An increase in older prisoners means nurses are likely to manage larger and more complex workloads. This is the case for Deanna Mezen, an advanced clinical practice nurse and palliative care expert, who has won a number of awards for work in end-of-life care in prison.

The number of prisoners over 60 has increased by 82%, in the past decade and by 243% since 2002. The House of Commons Justice Committee predicts a continued rise due to longer sentences being handed down. 6

‘It’s a Marmite sort of job,’ says Ms Mezen, ‘It’s very challenging, but I could never work anywhere other than health and justice. It’s the most rewarding job I’ve done.

‘It can be anything from headaches to very complex cardiac issues; you have to be a bit of a jack of all trades.’

Vanessa Garrity is the national head of mental health for the health in justice division of Practice Plus Group. For her, navigating the complexities of nursing in prison is part of what makes the career so exciting.

‘When you get assigned to someone, you might be the main person in charge of their care. The level of complexity is far greater as the level of psychological trauma is high. It can be quite challenging balancing security and health, and taking decisions that wouldn’t be required of you in another role.’

Ms Mezen says a prison’s natural focus on security can make even routine work difficult. ‘Security overrides everything, and when you first come into the setting it can be hard to get your head around that.

‘If somebody is self-harming and they’ve got a blade, we can’t physically go in and retrieve it from them, so we just have to wait. That can be quite emotionally draining.’

RCN professional lead for justice and forensic nursing Liz Walsh comments: ‘Nurses working in prison experience high levels of emotional labour. Through the pandemic they have been exposed to very stressful working conditions, which I believe may have led to moral injury, just as in the wider nursing community.’

Locked out from care
The UK’s healthcare system is facing unprecedented strain. Vacancies in nursing positions have hit new highs, and pressures usually associated with a challenging winter are already kicking in. In prisons, these issues are likely to be far worse.

Prison populations generally have poor health. People frequently have a history of substance abuse and emotional trauma, and may not have been accessing healthcare services in the community.

Prison healthcare workers who spoke with Nursing in Practice referred to a ‘10-year effect’, whereby the health issues associated with a 60-year-old can expect to be seen in a prisoner who is only 50.

And while all prisoners are vulnerable, female prisoners experience exceptionally high rates of mental health problems.

Government data show that at times during Covid restrictions, the rate of self-harm was seven times higher among the female prison population than among their male counterparts.7

These challenges are then intensified by the institutional security-first approach. ‘Some prisons are still in [Covid] lockdown 23 hours a day, and that itself points to the staffing challenges in prison,’ says Dr Miranda Davies, a senior researcher at The Nuffield Trust who has been studying healthcare in prison. The official Government guidance, updated in August, does not recommend this but stringent guidelines on visiting and isolation remain in place.9

Dr Davies’ research also revealed that security constraints have led people in prison, and especially pregnant women, to miss important hospital appointments. Prisons only have three of four ‘escort’ slots a day, she explains; just a few patients each day can be escorted to a nearby hospital.

‘If you are in a prison with someone on a dialysis machine then one of those four slots is automatically taken up. Then, if there is a security incident more of those escorts might be cancelled.’

In her research, Dr Davies found that in 2019-20 almost 45% of all outpatient appointments for women in prison were missed.10

An estimated 600 women accessed antenatal care in prison each year,  she found. But in 2019/20, women in prison missed 31.5% of obstetrics appointments and 21.5% of midwifery appointments (in the general population, the figures are 16.8% and 16.0% respectively).9 This is compounded by the fact that women in prison were twice as likely to have a premature birth compared with women in the community.

There are grounds for hope, as the latest NHS England service specification, published in July, made the radical move to consider all pregnancies in prison high risk.11

It states: ‘The traditional community midwifery approach is not suitable for this group of women as all pregnancies within the detained estate are classified as high risk.’11 Ms Hutchings says this change is ‘significant and important because it recognises that prison is not an appropriate place to be pregnant’.

However, healthcare for women in prison still has a long way to go, says Kirsty Kitchen of Birth Companions, a charity giving support to pregnant women in prison.

While the service specification ‘has the potential to change a lot of issues, the main problem is that you are in a system where you have no control over your health’, Ms Kitchen says. In no other situation is a woman so dependent on others for the healthcare she needs, and in no other situation can she be so easily ignored, she adds.

‘You are in a system based on control and punishment and that is incompatible with trauma-informed approaches to healthcare.’

Making a difference
There are serious problems with  healthcare provision in prison but many prison nurses feel the public does not understand, or perhaps care, about these issues.

‘There is an assumption that it is fine if things are wrong in prisons,’ says Dr Davies. ‘It might take more resources to meet the same healthcare needs in prison but healthcare is an important part of rehabilitation.’

However, for nurses such as Ms Woods who work with some of the most vulnerable people in society, these challenges are what make nursing in prisons rewarding.

‘A little can mean an awful lot in that setting,’ she says. ‘You can have an impact on the patient’s life after prison and on their risk of reoffending.

‘The difference you can make for someone can change the way they relate to their family. That patient is somebody’s son, somebody’s dad. Then they leave, and you can have an impact on the whole community.’