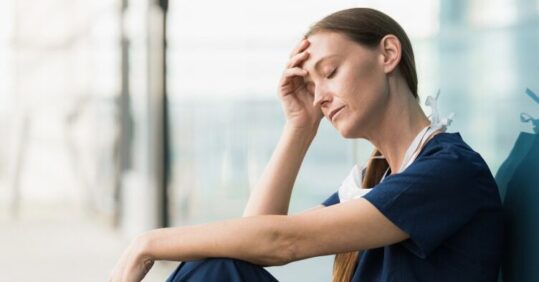 Record numbers of nurses are leaving the NHS in England, meaning that vacancy rates are rising despite there being more recruits than ever before, analysis has shown.

The research from Nuffield Trust released today shows that 40,365 nurses left active service in the NHS in the 12 months leading up to June 2022 alone – equivalent to 11.5%, or one in nine nurses, which is the highest ever proportion of leavers from the total workforce.

This is also the highest total number of nurses ever to leave the NHS, with 6,100 more leavers than the previous peak five years ago.

The figures have heightened concerns over increasing numbers of vacancies in the profession, despite record numbers of recruits with 44,500 nurses joining the NHS in England this year alone.

William Palmer, the report’s co-author, told Nursing in Practice that although there has been some ‘catch up’ of nurses leaving after staying on during the Covid-19 pandemic, leaving rates are now ‘in excess’ of what could be expected as ‘catch up’.

The report also highlights that leaver rates are not evenly distributed through regions or through types of trust, with the highest leaver rates in community provider trusts, and care trusts.

In community provider trusts, one in six nurses left active service in the year leading up to June. This was only slightly higher than in care trusts, which provides both health and social care services, where one in seven nurses quit over this time.

The latest recruitment data now suggests that the Government is beginning to fall slightly behind the target of recruiting 50,000 nurses in the NHS by the end of this parliament in 2024. The Government’s recruitment success has, so far, been largely driven by overseas recruitment into acute trusts.

Nurses are more frequently leaving due to feeling exhausted or overly stressed as they are put under too much pressure and, as more nurses leave the service, these pressures only increase.

Mr Palmer added: ‘If you get a high number of nurses leaving, there is a real risk of getting into a vicious cycle. If you work in a team of six and now you’re down to a team of five that’s not a good place to be working and then you’re more likely to leave yourself.’

This month’s NHS data suggested that there were 46,828 nursing vacancies in the NHS, although Mr Palmer and his co-author Lucina Rolewicz points out that this does not include temporary staff working to cover the vacancies.

Mr Palmer and Ms Rolewicz estimate that on any given day, there may only be around 8,000 to 12,000 real vacant nursing roles, however that with such high rates of nurses leaving, this figure is expected to increase.

RCN chief executive and general secretary, Pat Cullen, said: ‘Liz Truss must ask herself why record numbers are quitting a career they’ve loved. And, more importantly, tell us what her government will do about it.

‘We need the prime minister to show she’s grasped the urgency here. Nursing staff know that the care they give to patients is now too often unsafe.’