What will Liz Truss becoming Prime Minister mean for nurses and the NHS? 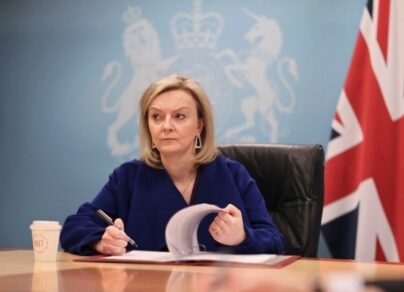 Liz Truss has been named as Britain’s next Prime Minister after defeating her rival Rishi Sunak in the hotly contested Conservative leadership election.

Enormous numbers of nursing vacancies in the NHS, millions waiting on routine care and the looming threat of a difficult winter ahead will all present Ms Truss with a true test of her leadership.

But, in a leadership contest in which issues of taxation, culture, and education reigned, healthcare slipped out of the limelight.

As she gave her first speech as leader of the Conservatives, Ms Truss promised to ‘deliver on the NHS’. Here, Nursing in Practice explores what her leadership might deliver for the future of the health and social care.

Ms Truss has long been an advocate of reforms to the structure of the NHS. All the way back in 2009, she was even the co-author of a controversial pamphlet which called for the introduction of charges for GP visits.

Having since attempted to distance herself from that position, Ms Truss’ voting record and commitments suggest that she is someone with an eye for cost-cutting policies.

In 2011, she supported divisive reforms that abolished Primary Care Trusts and gave more power to GPs.

Ms Truss has long voted in favour of additional powers for GPs and, between 2012 and 2019, consistently supported legislation to empower GPs to commission services.

Most recently, she opposed legislation that would have stopped private healthcare providers other than GPs holding positions on Independent Care Boards.

Throughout her campaign, she has also taken aim at the organisation of healthcare services, saying at one hustings that she wanted ‘fewer layers of management’ and less centralised direction from Whitehall.

In that same event, she also said that the ‘directing and micromanaging’ of nurses at the front-lines of healthcare had caused issues in the NHS’s handling of Covid.

Despite flip-flopping on key policies throughout her political career (she gave a speech calling for the abolition of the monarchy at the 1994 Lib Dem conference but now says her comments were wrong; and also voted remain in the EU referendum although she now says she supports Brexit), Ms Truss has been absolutely consistent on the issue of taxation during her campaign.

At the same time, Liz Truss has promised more funding for social care, proposing to divert the £13bn set aside for the NHS to tackle Covid backlogs into social care.

‘We put the extra £13bn in and what people who work in the NHS tell me is the problem is the number of layers in the organisation they have to go through to get things done, the lack of local decision-making. That’s what people are telling me is the problem, rather than a lack of funding.’

While the proposal was branded as ‘robbing Peter to pay Paul’ by healthcare experts, the health and social care committee has recognised that reforming social care so it can support hospital discharges and free up capacity is crucial to clearing the backlog.

Mrs Truss has also promised to reform NHS pensions to stop the ‘exodus’ of doctors in the NHS but has not commented on the issue of abatement which is making it more difficult for retired nurses to return to work.

The other big question for Mrs Truss’ tenure as PM is who will take over from Steve Barclay as secretary of state for health and social care.

Although Mr Barclay has only been in the role since July, it is widely expected that he will be replaced, although speculation is rife as to the identity of his successor.

Thérèse Coffey, current work and pensions secretary, has been tipped by some as the next to take on the role. Much like Liz Truss, Suffolk Coastal’s first female MP is a former Remainer who changed tact after the results of the 2016 referendum and is a staunch supporter of the new PM.

However, while Ms Coffey is widely expected to take a seat in the new cabinet, it is far from confirmed whether she will take the position as health secretary.