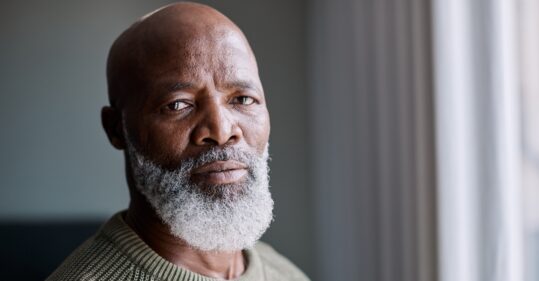 Reforms to the 40-year-old Mental Health Act will help tackle the disproportionate number of black people who are sectioned, the Government has promised.

Patients in a mental health crisis will also have ‘greater choice and autonomy’ as part of plans set out yesterday, which build on recommendations made by Sir Simon Wessely’s Independent Review of the Mental Health Act in 2018.

The reforms include a Patient and Carers Race Equality Framework introduced across all NHS mental health trusts, which the government says is a practical tool to improve outcomes for black, Asian and minority ethnic (BAME) communities.

The reforms will also ensure that autism or a learning disability cannot be a reason for detaining someone under the act.

Statutory ‘advance choice documents’ will also allow people to express their preferred treatment when they are well, before they reach a point where they need hospitalisation.

In addition, ‘culturally appropriate advocates’ will be piloted so patients from all ethnic backgrounds can be better supported to voice their needs.

Mental health charity Mind said ‘changes on the ground couldn’t come soon enough’ as ‘mental health has moved on significantly in recent decades but our laws are rooted in the 19th century’.

Director of external relations Sophie Corlett said: ‘This is just the beginning of what is now a long overdue process. At the moment, thousands of people are still subjected to poor, sometimes appalling, treatment, and many will live with the consequences far into the future.’

Health and social care secretary Matt Hancock said the changes to the Act will ‘bring mental health laws into the 21st century’.

He added: ‘These reforms will rightly see people not just as patients, but as individuals, with rights, preferences, and expertise, who are able to rely on a system which supports them and only intervenes proportionately, and which has their health and wellbeing as its centre.

Nursing in Practice has explored the impact of Covid-19 on nurses’ mental health.