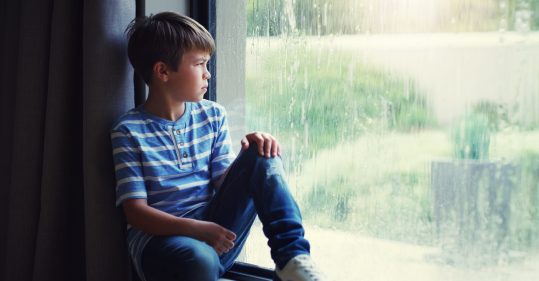 Children and young people are not able to access mental health support early enough, meaning they only get help when they reach crisis point, an expert has warned.

Julie Bentley, chief executive of the Samaritans charity, argued that Child and Adolescent Mental Health Services (CAMHS) only have the resources to treat the most at-need patients, while speaking at a health and social care select committee hearing yesterday.

She said: ‘Young people are simply not having access to help early enough. And they’re not able to get support until they’re absolutely at a crisis point. We are of the view that services need to get to young people much, much sooner.’

She added: ‘There’s nowhere near enough resource to meet the demands we have, so really tough decisions have needed to be made about where that finite resource will be targeted. We’ve obviously targeted it at the crisis end.’

Ms Bentley underlined the need for a funding boost for CAMHS, alongside improved access to psychological therapies and even introducing a network of open-access community mental health services that children and young people can access much quicker, before crisis point and without being referred.

Speaking at the same event, Mark Rowland, chief executive of the National Suicide Prevention Strategy Advisory at the Mental Health Foundation, agreed more investment was needed – but stressed that workforce is ‘really where the struggle is at the moment’.

He also called for CAMHS services to be directly available in all schools and an increased public health grant. The grant helps funds public mental health services – but was 22% lower in real terms in 2020/21 compared to 2015/16, according to the Health Foundation charity.

Mr Rowland explained: ‘We would reap such huge returns if we were investing in the social structures around young people’s lives we know would make a difference – such as infant support, whole school approaches and mentoring programmes.’

The RCN has also called for the resources to ensure there is a nurse in every single school.

Louis Appleby, professor of psychiatry at the University of Manchester, highlighted that suicide rates in the under 20s ‘have been rising for about ten years’, while the latest figures show the highest suicide rate among girls since records began in 1981 – despite cases falling among the general population.

He added: ‘Self harm rates are going up in young people too and have been for about 20 years. The situation is problematic for young people to put it mildly.’

Steve Mallen, the chief executive of suicide prevention group Zero Suicide Alliance, pointed out that ‘many people who self-harm or with suicide ideation’ – where they think about or want to commit suicide – have access to primary care’ but worries mental health services in the sector are not adequate.

He said: ‘Self-harm and suicide prevention literacy within a large part of the primary care system and within many GP surgeries remain very poor. Many things are missed, many things are misdiagnosed.’

The warning comes amid evidence that services are currently under more demand than ever, as the UK recovers from the worse of the Covid-19 pandemic and the scale of its impact of children emerges.

Earlier this week, a report found children’s mental health services have seen an ‘alarming’ rise in demand with 80% of trust leaders surveyed reporting a significantly increased need for services, while the remaining 20% said there had been a moderate increase.