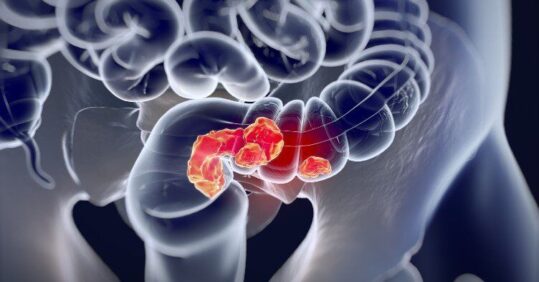 Patients in England aged 58 are being added to the bowel cancer screening programme, and will be sent a Faecal Immunochemical Test (FIT) once they become eligible.

This forms part of NHS England’s plans to gradually expand bowel cancer screening eligibility to everyone over the age of 50.

Previously FIT kits have been available for anyone over the age of 60 years with 60-74-year-olds automatically sent a home test every two years.

NHS England said this was the first time 58-year-olds were added to the screening programme, despite extending it to patients aged 56 last year.

The rollout started with 56-year-olds because 55-year-olds were previously offered bowel scope screening as a one-off test, but these stopped during the pandemic and instead people aged 56 (the group which would have been offered bowel scope at 55) were offered a home testing kit as an alternative.

It was always the plan to phase out bowel scope screening in line with the extension of the home testing kit and according to UK National Screening Committee (UKNSC) guidance, NHS England added.

58-year-olds are being offered the home testing kit next, as the next oldest group to people aged 60 who already are offered the test. Bowel cancer screening is offered every two years so the age groups are in two-year intervals, a spokesperson explained to Pulse.

The expansion means another 830,000 people will be eligible for the screening test. They will receive an invitation letter and will be sent their test with full instructions and prepaid return packaging.

Patients in London, which has the lowest uptake in the country, can expect to be first to receive the tests.

Bowel cancer is the fourth most common type of cancer with almost 43,000 cases in the UK each year and the NHS Long Term Plan committed to lowering the age of those eligible for home-testing kits to everyone aged 50 and above by 2025.

National clinical director for cancer Professor Peter Johnson said: ‘We are expanding the bowel cancer screening programme in a phased approach to make sure we can diagnose bowel cancer as early as possible, often before symptoms appear – potentially saving thousands of lives with a simple and convenient test.

‘I would encourage anyone who is sent a kit to return their tests as quickly as you can, because this can detect early signs of bowel cancer and ensure that anyone affected can get treatment for the disease sooner, while making it more accessible for people, including vulnerable groups, to do at home.

‘It is still important that anyone experiencing symptoms, such as blood in their poo or severe stomach pain, no matter their age, should speak to their GP as soon as possible – so please don’t be prudish about poo and get checked if you have any worrying signs.’

Hospitals have been ordered to reduce the number of patients waiting too long for cancer investigation amid GP referral rates that are currently one fifth higher than before the pandemic.

In a letter to trusts and ICBs, sent at the end of last month, NHS England said cancer referrals ‘now constitute one in every four’ GP referrals to an acute trust.

This comes after a study from the University of Sheffield found offering more home test kits could prevent 11,000 bowel cancer deaths.

A version of this article was originally published on our sister title Pulse.