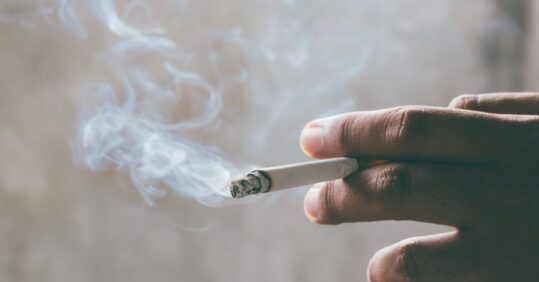 Preventable risk factors such as smoking, alcohol and a high BMI are responsible for almost half of cancer deaths worldwide, according to research

The large study, published in The Lancet, showed that 4·45 million cancer deaths globally were attributable to risk factors was for both sexes combined, accounting for 44·4% of all cancer deaths.

It is the first to estimate how a comprehensive list of risk factors contribute to cancer deaths and ill-health, looking at figures globally and nationally, across age groups for women and men, and over time.

Using results from the Global Burden of Diseases, Injuries, and Risk Factors (GBD) 2019 study, the authors investigated how 34 behavioural, metabolic, and environmental and occupational risk factors contributed to deaths and ill health.

They found global cancer deaths linked to these risk factors increased by an estimated 20.4% from 2010 to 2019 and differed based on countries’ level of development.

Western Europe, which includes the UK, was fifth highest across the globe in terms of risk-attributable cancer age-standardised death rates, with 63.8 deaths per 100,000. The overall global death rate was 54.9 per 100,000.

The research also showed a disparity in how risk factors affected men and women.

Dr. Christopher Murray, director of the Institute for Health Metrics and Evaluation (IHME) at the University of Washington’s School of Medicine and a co-senior author of the study said the research showed that cancer remained a public health challenge around the world.

‘Smoking continues to be the leading risk factor for cancer globally, with other substantial contributors to cancer burden varying,’ he said.

Dr Murray added that the findings could help policymakers and researchers identify key risk factors that could be targeted in efforts to reduce deaths and ill health from cancer.

This comes after a study last year found that those who are exposed to secondhand smoke could have a 51% higher risk of developing oral cancer.