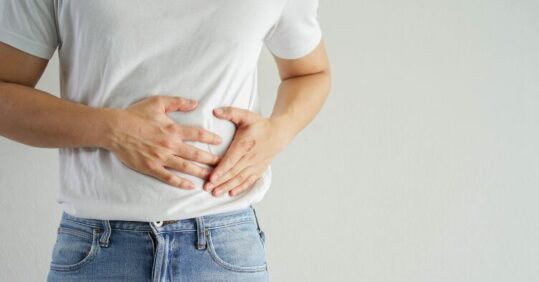 There were almost two million cases of colorectal cancer (CRC) and nearly one million deaths worldwide in 2020, research estimates, with Europe having the highest incidence and mortality rates.

Using data on CRC cases and deaths from the GLOBOCAN database for 2020, researchers from the International Agency for Research on Cancer found incidence rates were highest in Australia/New Zealand and European regions (40.6 per 100,000 males).

The lowest incidence rates were seen in several African regions and Southern Asia (4.4 per 100,000 females), they wrote in Gut.

Using estimates of how global populations are predicted to change and assuming incidence rates remained stable, the researchers predicted the global burden of CRC would increase to 3.2 million new cases by 2040, from 1.9 million cases in 2020.

They noted that 81% these new cases would be in high or very high-income countries.

‘A close to 3% decline in incidence rates per annum would be needed to keep the future number of cases to present (2020) levels,’ the study authors wrote.

Previous studies had shown that trends in CRC incidence rates had decreased in older adults in recent years in, largely due to screening and detection and removal of precancerous lesions in high-income countries.

‘In contrast, rising incidence rates have been observed in younger adults (<50 years) and in transitioning countries (across all ages), indicating that changes in risk factor exposures in early life may play a role,’ the researchers wrote.

This birth cohort effect, seen in people born in and after the 1960s, could be linked to changes in obesity rates and increases in the consumption of red and processed meats, sugary drinks, and alcohol, but more research on potential drivers was needed.

Men also seemed to be at greater risk of CRC than women across the regions, the researchers noted, suggesting differences in risk factor exposure or sex hormones could be at play.

‘In summary, CRC is largely preventable through changes in lifestyle factors, and the detection of precancerous lesions detected via screening and symptoms awareness,” the study authors concluded.

‘With major differences observed in CRC rates between and within world regions, and increasing rates in transitioning countries and in younger adults, there is a pressing need to better understand and act on findings that could reduce the predicted increased in the future CRC incidence and mortality burden.’

The study follows US research suggesting obese mothers-to-be could be increasing their offspring’s risk of developing CRC.

The findings suggested the well-established relationship between obesity and CRC may have origins before birth and could be contributing to the increasing incidence of CRC in younger adults, the US researchers warned.

This comes after preventable risk factors such as smoking, alcohol and a high BMI are responsible for almost half of cancer deaths worldwide, according to research last month.