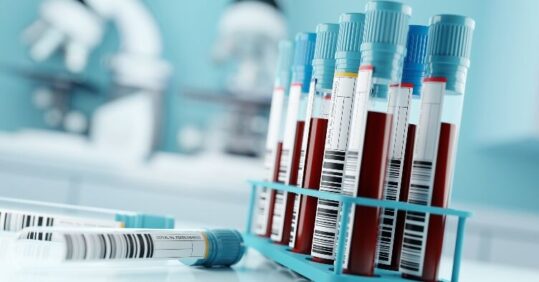 More than 140,000 people have taken part in the world’s largest trial of a blood test that can detect more than 50 types of cancer, NHS England has reported.

The Galleri blood test ‘potentially offers earlier detection of hard to spot cancers, even before symptoms appear,’ NHS England explained, with volunteers from across the country taking up the invitation to have blood tests at mobile clinics in the one year since the trial began.

She said: ‘We know that certain cancers are harder to detect and a late diagnosis can be devastating for patients and their families, and this trial means thousands could benefit from a diagnosis even before symptoms appear.’

Those joining the trial were aged 50 to 77 years old and did not have signs of cancer at the time of enrolment.

The test works by finding chemical changes in fragments of DNA that shed from tumours into the bloodstream.

‘Initial research has shown that this blood test could help to detect cancers that are typically difficult to identify early – such as head and neck, bowel, lung and pancreatic cancers,’ NHS England said.

As well as the trial being ‘a major step in NHS efforts to catch cancers sooner,’ NHS England said, ‘particular efforts to achieve representation of people from minority ethnic backgrounds, who are often less likely to take part in medical research studies,’ have also been made.

While it is ‘too early’ to report on the results of the trial, NHS England said, ‘a number of participants have been referred for urgent NHS cancer investigations following the detection of a cancer signal.’

Sir Harpal Kumar, president of GRAIL Europe, the healthcare company that developed the Galleri blood test, explained that the ‘test results can provide clinicians with an accurate prediction of where the cancer is located in the body,’ and the test has a ‘low rate of false positives,’ which makes the company ‘hopeful that it will work well alongside existing cancer screening in the UK.’

He said: ‘The results of this trial will be key to our understanding.’

‘It is vital trial participants attend their follow up appointments, so researchers can understand whether the test could be used in the future as part of the NHS cancer screening programme,’ NHS England said.

Professor Charles Swanton, co-chief investigator for the NHS-Galleri trial, explained that ‘whilst the first year of the trial may pick up cancers that have existed for some time, the second and third years provide the best opportunity to explore the expected benefits of picking up new cancers at an early stage when treatment is generally more successful.’

He said ‘this will help us work out how the test might be used alongside the existing NHS cancer screening programme.’

The NHS Long Term Plan is committed to increasing the proportion of cancers caught early, when they are easier to treat, from half to three in four.

‘Thanks to national NHS campaigns and early diagnosis initiatives, urgent cancer referrals have been at record levels over the past 12 months – almost one fifth higher than before the pandemic,’ NHS England said.

NHS ‘one stop shops’ have delivered more than one million checks and tests, including for cancer, since the rollout began, NHS England said, with over 90 community diagnostic centres offering MRI, CT and other services closer to patients’ homes.

‘Set to begin later this year, staff in high street pharmacies will be funded to spot signs of cancer and will be able to send people directly for scans and other checks, as part of an initiative to catch tumours early when they are easier to treat.’

Ms Pritchard said: ‘The NHS will not stand still in our efforts to catch cancer earlier and save more lives, rolling out new and innovative ways to detect cancers sooner; from roaming liver trucks, to genetic testing and high street checks, we want to make it as easy as possible for those most at risk to get vital, lifesaving tests.’

The NHS-Galleri trial is being run by Cancer Research UK and King’s College London Cancer Prevention Trials Unit in partnership with the NHS and GRAIL Europe.

Mobile clinics will return to towns and cities from September this year and will follow up with volunteers approximately one year after their initial appointment, NHS England said.

If successful, it said it plans to roll out the test to a further one million people across 2024 and 2025.

In May, research from the universities of Manchester and Exeter found new blood tests could help general practice clinicians diagnose ovarian cancer faster and more accurately.

Offering more home test kits could prevent 11,000 bowel cancer deaths, according to a study from the University of Sheffield.

In February, it was announced that a revolutionary test in development that uses cervical screening samples to detect four types of cancer, including ovarian and breast cancer, could also measure future cancer risk. 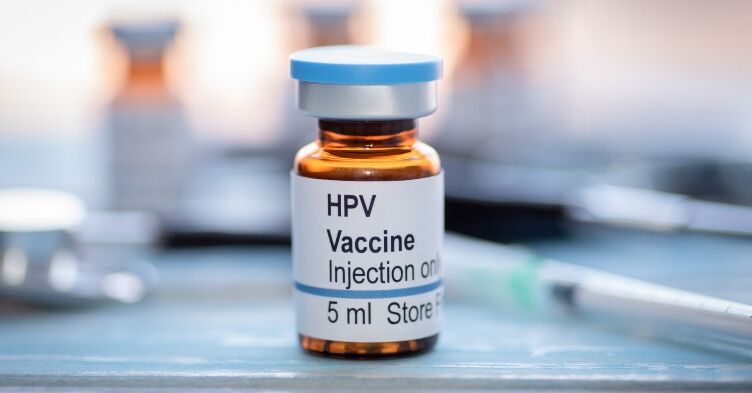