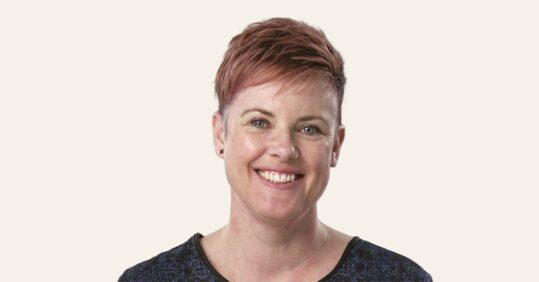 Community nursing lecturer Kathryn Waldegrave (pictured) looks at two studies from America. One that identifies cultural barriers to breast screening and another that explores the importance of the dementia patient’s perspective on reminiscence.

Breast cancer remains one of the leading causes of death worldwide, with a mortality rate that disproportionately affects black women. While mammography screening offers the most effective method of early detection and reducing mortality rates, uptake in breast cancer screening is lower among women from black and ethnic minority backgrounds compared with other groups.

A US study explored the barriers to attending mammography screening among racial and ethnic minority groups (incuding black, Asian and Hispanic) women.

The review identified and summarised 28 qualitative studies published between 1996 and 2017, comprising 22 open-ended and six closed-ended studies, with varying sample sizes ranging from six to 329.

Barriers were identified by type and included social and interpersonal and psychological factors, and issues related to immigration, culture, logistics and knowledge. For the closed-ended studies, a further category of personal factors was included. The results highlighted shared factors in barriers to attendance, including transport difficulties, cost or employment status, personal fear and embarrassment, and cultural and religious attitudes. Negative opinions of screening, and perceived undesirable attitudes of healthcare workers, were also identified as factors. Unique to the women from minority ethnic groups were issues of immigration and culture.

A commentary notes that barriers identified in the review are not limited to the experiences of women in developed countries; women from middle- and lower-income countries face similar issues. It also highlights the need for future studies to ensure a variety of ethnic and cultural voices are heard, rather than limiting the focus. Views of screening and attendance from healthcare professionals and policymakers should also be considered to promote screening uptake.

The number of individuals with dementia is growing globally, bringing rising care costs and demanding more cost-effective and inclusive approaches to care. Evidence suggests the role of reminiscence – where old photos, sounds and music are used as a means of recalling memories – is beneficial to address the psychological, behavioural and social issues associated with dementia.

From a search generating 110 articles, 11 qualitative studies published between 2005-2018 were selected for review. The studies involved 473 people with dementia, aged 69-94. Five overarching themes were identified: promoting a comfort zone, keeping the conversation going, creating a dynamic life, reliving painful memories, and emotional turmoil and strengthening inner forces – all of which could be used to support interventions that reduce negative emotions and improve self-esteem.

A commentary acknowledges the importance of living well with dementia and advocates for more inclusive research designs so patients with dementia can make their voices heard. While the identified themes provide an insight into the patient perspective, the commentary acknowledges the importance of understanding the individual experience when developing reminiscence training programmes and suggests these are used to plan and develop training programmes for healthcare workers to deliver more effective nursing care rather than being used as a framework for practice.