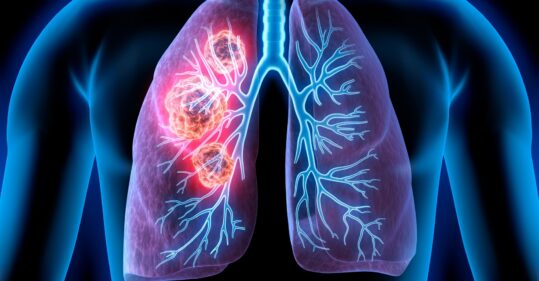 Dramatic falls in deaths in the United States over a decade from the most common lung cancer were partly due to new treatments, a study has suggested.

Researchers at the National Cancer Institute (NCI) in the US found that the reduction in deaths from non-small cell lung cancer (NSCLC) – which accounts for 76% of lung cancer cases in the country – outstripped the drop in cases of the disease from 2013 to 2016.

The researchers noted that the accelerating decline in NSCLC mortality began in 2013, at the time that clinicians started routinely testing patients’ genetic alterations targeted by newly approved drugs.

NCI deputy director Douglas Lowy said the reduction in deaths has previously been associated with falling tobacco consumption – and added that the study is the first to suggest that advanced treatments such as targeted drugs could also explain the improved mortality rate.

He continued: ‘This analysis shows for the first time that nationwide mortality rates for the most common category of lung cancer, non-small cell lung cancer, are declining faster than its incidence.

‘[This] correlates with the [U.S. Food and Drug Administration] approval of several targeted therapies for this cancer in recent years.’

Mr Lowy continued: ‘Reduced tobacco consumption in the US has been associated with a progressive decrease in lung cancer deaths that started around 1990 in men and around 2000 in women.

‘Until now, however, we have not known whether newer treatments might contribute to some of the recent improvement.’

Similar improvements were observed for women.

However, they stressed that similar improvements have not been seen in small-cell lung cancer (SCLC), which accounts for 13% of cases, because of limited advancements in treatment.

In contrast to the NSCLC findings, two-year survival rates for SCLC were largely unchanged and the decrease in deaths from SCLC corresponded with the decrease in incidence.

Nadia Howlader, who led the study, said: ‘The survival benefit for patients with non-small cell lung cancer treated with targeted therapies has been demonstrated in clinical trials, but this study highlights the impact of these treatments at the population level.’

‘We can now see the impact of advances in lung cancer treatment on survival,’ she added.

Earlier this month, a study found that exposure to outdoor blue light – such as from street lights and commercial billboards – could increase the risk of developing bowel cancer.

Another study found that not brushing your teeth regularly increases your chance of developing mouth and stomach cancer.