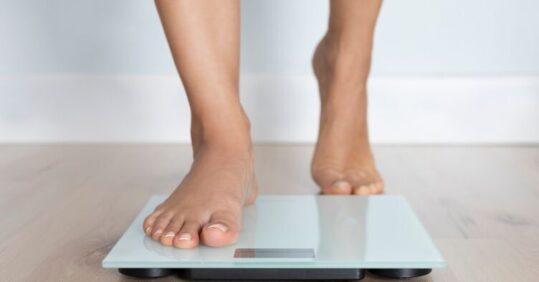 In contrast, people with type 2 diabetes who failed to lose at least 0.5% of their body weight after the first three sessions of a weight management programme were unlikely to succeed in reaching their weight loss goal.

Spearheaded by Lulwa Al-Abdullah of the University of Glasgow and Professor Jennifer Logue of Lancaster University, the research looked at behavioural weight management programmes which provided support on changing eating, physical activity, and behavioural habits.

‘Such programmes help some, but not all, people living with obesity – around 40% do not achieve significant weight loss,’ said Ms Al-Abdullah. ‘If we knew early on which participants were unlikely to succeed, we could switch them to other interventions, including pharmacological options, when they are still highly motivated.’

The researchers carried out analysis on the electronic health records of adults living with type 2 diabetes and obesity referred to the NHS Greater Glasgow and Clyde weight management service between 2004-2014, a similar programme to others found across the UK. They looked for demographic and clinical factors which could predict successful weight loss.

Of the 20% of participants who had a successful short-term outcome, the only associable demographic or clinical factor was early weight loss.

The study found 90.4% of those who lost 0.5% of their weight after the first three sessions, held over four weeks, had a successful short-term outcome.

None of the other factors studied, including age, sex, socioeconomic status, ethnicity, diabetes medication or average blood sugar level were associated with short-term success.

Overall, the threshold of failing to achieve 0.5% body weight loss in the first three sessions was 95% accurate at identifying participants who wouldn’t succeed in the programme.

The researchers concluded that early weight loss was strongly associated with short and medium-term success and provided a simple way of identifying, early on, who is likely to struggle to lose weight.

Professor Logue said: ‘Currently, people are referred to weight management programmes in a “one- size-fits-all” model and, if they are struggling, they have no alternative other than to drop out.

‘This can have a wider health impact, as it may worsen self-stigma and feelings of failure and result in reluctance to visit healthcare professionals in future.

‘By identifying those individuals for whom a programme is not working early in the process, you can provide support and possibly alternative therapies before the person disengages from treatment.

‘Early review is standard practice in our treatment of other conditions such as diabetes and high blood pressure and our findings will allow it to become standard in the treatment of obesity.’

The research will be presented at the annual meeting of the European Association for the Study of Diabetes (EASD) in Stockholm, Sweden next week (19-23 Sept).

This comes after researchers this month suggested that depression among people with type 2 diabetes is on the rise, with those diagnosed with the condition at a young age particularly at risk, meaning that screening for the condition among this group should be carried out more often.