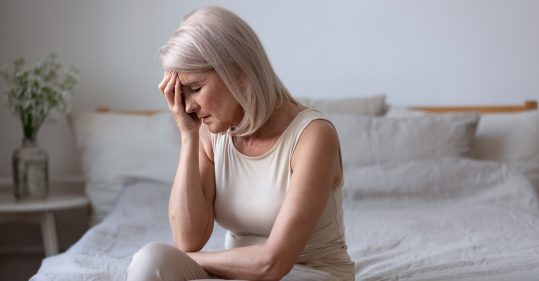 NICE’s final guideline on the diagnosis and management of myalgic encephalomyelitis (or encephalopathy)/chronic fatigue syndrome (ME/CFS) has recommended that patients receive a ‘personalised care and support plan’.

The long-anticipated guideline was published today after NICE halted publication in August because of ‘strong views’ around management of the condition.

Much of the debate appeared to be around recommendations to not use graded exercise therapy (GET) and CBT as treatments for the condition.

It was reported that several members of the guideline committee had walked out over the fallout and the delay prompted heavy criticism from patient groups and charities.

After a ‘successful’ roundtable discussion to address concerns that had been raised by some professional bodies, NICE said it was now confident that the guidelines, which cover children, young people and adults could be effectively implemented across the system.

ME/CFS is a complex, multi-system, chronic medical condition where there is no ‘one size fits all’ approach to managing symptoms, the NICE guidelines stress.

It outlines the condition as debilitating fatigue that is worsened by activity, post-exertional malaise, unrefreshing sleep or sleep disturbance, and cognitive difficulties described as ‘brain fog’.

People with all four symptoms that have lasted three months or more should be referred to a specialist team and a range of management approaches should be offered depending on an individuals’ preferences and priorities, the guidelines state.

Personalised exercise programmes can be offered in people with ME/CFS who want the option but it should be overseen by a specialist physiotherapist and reviewed regularly.

NICE said discussions during the guideline pause highlighted that the term ‘GET’ is understood in different ways and they have set out clear definitions.

The committee recommend that person centred energy management can be offered as a key component of a personalised management plan. Reviewed regularly, it can help people understand their energy limits so they can reduce the risk of overexertion worsening their symptoms.

NICE also said that although CBT has sometimes been assumed to be a cure for ME/CFS, it should only be offered to support people who live with ME/CFS to manage their symptoms, improve their functioning and reduce the distress associated with having a chronic illness.

Paul Chrisp, director of the Centre for Guidelines at NICE, said: ‘As well as bringing together the best available scientific evidence, we’ve also listened to the real, lived experience and testimony of people with ME/CFS to produce a balanced guideline which has their wellbeing at its heart.’

Peter Barry, consultant clinical advisor for NICE and chair of the guideline committee, said the guideline would provide clear support for people living with ME/CFS, their families and carers, and clinicians.

‘We know that people with ME/CFS have had difficulty in getting their illness acknowledged, and the guideline provides guidance for suspecting and diagnosing the condition, recognising that there is no specific test for it.

‘The guideline emphasises the importance of a personalised management plan for areas such as energy management – including the importance of rest and staying within the individual’s energy limits – the treatment of specific symptoms, and guidance on managing flares and exacerbations.’

Dr Charles Shepherd, medical advisor to the ME Association and one of the committee members from 2019 until he stood down this year said: ‘This is a very special day for people with ME – publication of a new evidence based NICE guideline which confirms that this is a serious and very debilitating medical disease.

‘I particularly welcome the emphasis on early and accurate diagnosis and the need to provide early guidance on symptom management when people are not recovering from a viral infection and a diagnosis of ME is suspected.

‘This new guideline will have a big impact on care for people with ME, and draws a line under the damaging therapies of the past.’

A version of this article was originally published on Nursing in Practice sister publication Pulse.