People with dementia face up to two-year wait for diagnosis, audit shows 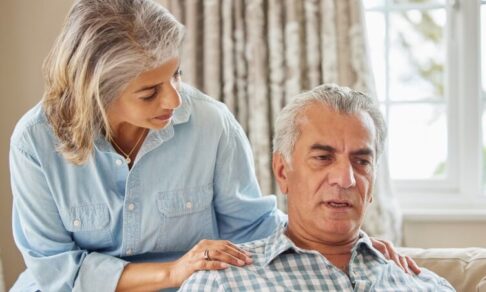 People with dementia face waits of up to two years for a diagnosis because dementia diagnosis services are ‘chronically underfunded and overlooked’, a charity has warned.

The national audit of memory assessment services in England and Wales, conducted between January and August 2021 by the Royal College of Psychiatrists and supported by Alzheimer’s Society, found the average wait from referral to dementia diagnosis has increased from 13 weeks in 2019 to 17.7 weeks.

It also found that waiting times across services nationwide now range from between 0 and 104 weeks (two years), compared to between 3 and 34 weeks in 2019.

Dementia diagnosis rates have dropped across all three nations due to the pandemic and are stagnating at around 62%, it found – below the national target of 66.7%. Alzheimer’s Society has been campaigning to return the rates back to pre-pandemic levels.

In addition, it revealed a decrease in the prescription of early-stage dementia drugs. The audit said this suggests that more people are receiving their diagnosis later and therefore missing early access to drug treatments to help relieve symptoms.

It also found the vast majority of patients (92%) are referred by their GP, followed by referral from an acute hospital, community mental health team and day hospital.

In a series of five recommendations, the audit called for services to use ‘quality improvement methods’ to monitor waiting times from referral to diagnosis, and identify problem areas and barriers to access as services continue to recover from the impact of the Covid-19 pandemic.

It also suggested that:

James White, head of public affairs and campaigns at Alzheimer’s Society, said increasing waits for diagnosis represent the ‘repercussions of dementia diagnosis services being chronically underfunded and overlooked, with regional inequalities only getting worse’.

He continued: ‘This audit paints a bleak picture for dementia diagnosis in large parts of the country. On average there has been a four-month increase in the wait for a diagnosis, which means in some areas there are now people waiting up to two years to be diagnosed with dementia.

‘Behind these statistics are potentially thousands of people missing out on months and months of vital support and treatments that could relieve their symptoms and enable them to stay independent for longer.’

The audit was published after the Government last weekend announced the launch of a new ‘national dementia mission’, in honour of the late Dame Barbara Windsor, that will include a further £95m for dementia research funding.

Mr White said the extra investment ‘offers hope for the future’, but called for an extra £70m to ‘clear backlogs, improve waiting times, and reduce local variations in diagnosis rates’.

This comes as the NHS backlog of people waiting more than two years for scans, checks, surgical procedures and other routine treatments shrunk to only 168 patients, although data last week revealed the numbers in England waiting for routine hospital treatments has risen to a record 6.7m.