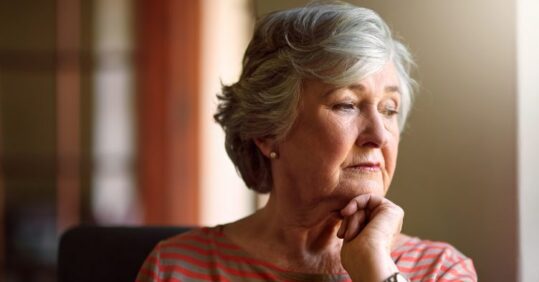 People living with dementia will ‘continue to face an unbearable situation’ because the Government has not earmarked enough funding for social care, MPs have found.

The Health and Social Care Committee (HSC) report released today warned that people living with dementia continue to face a ‘huge financial burden’ and ‘risk losing their homes’ because of high care costs. Reforms to the system are not set to come into force quickly enough, it added.

Although plans announced by the Government last month would mean no one will have to pay more than £86,000 on care over their lifetime, this will only be introduced from October 2023. And under the cap, people with high care costs would still lose a large proportion of their wealth, the HSC said.

The committee of MPs also raised concerns that ‘there will not be enough core funding for social care’. Around £36bn is expected to be gained over the next three years from the recently announced health and social care levy, but only £5.4bn is earmarked for social care in England.

The HSC pinpointed the upcoming social care White Paper, expected to be published this year, as an opportunity to outline ‘practical measures’ to improve the lives of families living with dementia.

They said the sector needs an extra £7bn per year by 2023 to manage an ageing population, increase care worker pay and to ‘protect people who face catastrophic social care costs’.

The committee concluded that ‘significant additional investment alongside ‘bolding funding reform’ is needed ‘within a matter of weeks’.

It added: ‘Those living with dementia remain unprotected from unlimited costs and navigating the system is burdensome for those providing support.’

HSC chair Jeremy Hunt said: ‘People living with dementia face catastrophic costs for social care but even though the new levy is welcome, their families will continue to remain unprotected until 2023 at the earliest.

‘The extra funding announced in the Budget for local authorities is welcome but it’s not clear how much will be set aside to support the growing costs of providing social care,’ he added.

The report comes after social care leaders expressed outrage that the autumn budget – outlined by the Chancellor Rishi Sunak on Wednesday – contained no additional funding or plans for the sector.