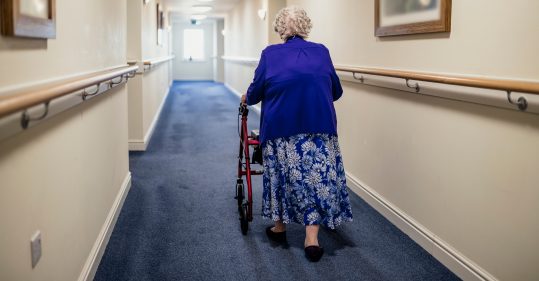 Long-promised reform of the social care sector in England will fail if the Government does not address structural faults in the market, a report has warned.

The document, published by the Nuffield Trust today, criticised decades of proposals to reform the sector for singularly focusing on funding – and ignoring the ‘deep structural problems’ in an ‘overly complex’ provider market that is ‘not functioning’ as it should.

It argued the Covid-19 pandemic exposed the Government’s ‘limited knowledge’ and ‘historic lack of prioritisation’ of the system, which is made up of more 14,000 different organisations in England. This lack of understanding is a ‘significant barrier to developing coherent proposals for reform’, it said.

Although the report acknowledged insufficient funding and local authority budget cuts had created ‘uncertainty and instability’, it also stressed that ‘future reforms are doomed to fail’ if the Government simply puts more cash into the system without wider changes.

Nuffield Trust deputy director of policy Natasha Curry explained: ‘Too frequently forgotten in discussions of reform is the need to address the complexities and the structural problems of the social care provider market, which money alone will not fix.

‘It was striking that not a single interviewee within our research felt that the social care market is functional as it is currently structured. Comprehensive and wide-ranging reform to the entire system is required to ensure a sustainable footing for the long term.’

The report noted structural problems including the Care Quality Commission not having the capacity or powers to intervene and prevent financial collapse of large providers, therefore causing ‘a constant threat to stability and continuity of care’.

It found that although quality of providers is ‘generally high’, there has been ‘little improvement’ among some poorly performing organisations. Market choice and competition are weak with individuals struggling to navigate the complex system, particularly in times of crisis, it added.

It also highlighted ‘severe’ workforce issues with the sector struggling to find staff because of low pay, inadequate representation and working conditions.

The report concluded: ‘For too long, social care reform has been put in the ‘too difficult’ box, repeatedly kicked into the long grass or ignored entirely.

‘We need a vision for the whole system and a strategy for achieving that. Only by taking a comprehensive approach will we be able to build a system that is stable, sustainable and resilient in the face of future pressures.’

When Boris Johnson became Prime Minister in 2019, he said he had a ‘clear’ plan to ‘fix social care’, but has not yet brought forward any firm proposals. Healthcare leaders called on him to make good on this promise in August last year.

Last month, a National Audit Office report found that the Department of Health and Social Care had not produced a workforce strategy for social care in England since 2009. The Government has delayed its social care green paper seven times since the first deadline of summer 2017.

After chancellor Rishi Sunak failed to include social care in his Budget last month, care home bosses warned that homes and hospices could close without greater levels of Government funding.