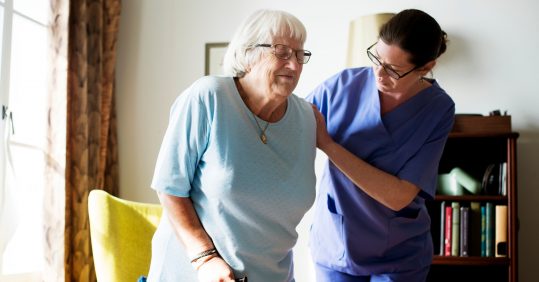 The social care minister has said long-awaited reforms to the sector will need to tackle workforce vacancies and high turnover rates.

Social care minister Helen Whately told the health and social care committee today that the reforms, which the Government has promised will be brought forward this year, must be ‘ambitious and bold in scope’ – covering chronic workforce shortages, high care costs and quality of care.

Ms Whately said: ‘One of the things we’ve said we will tackle is the problem of catastrophic costs where some people have to sell their home to pay for their care. But we need to be clear that that’s not the only thing we need to do to reform social care.’

She added: ‘We need to also, for instance, be tackling the challenges of the workforce where we know there are vacancies and high turnover rates, and addressing some of the quality concerns.

Ms Whately said the pandemic has ‘set reforms back’ and ‘delayed the process’ but added she is ‘impatient’ to bring plans forward ‘as soon as we can’.

Also today, Liz Kendall MP told a Health Foundation charity webinar there has been ‘no approach’ to Labour about reform. This is despite chancellor Risi Sunak in March reaffirming commitment to a ‘cross-party’ solution after health secretary Matt Hancock announced last year he was initiating talks between political parties.

But Conservative MP Damian Green told the same webinar: ‘You don’t need a cross-party consensus for a number of reasons – one of which is the Government has a majority of more than 80.’

Ms Kendall acknowledged the Government does not need a cross-party consensus but argued it would be helpful to tackle the ‘long-term issue’ of social care.

A Department of Health and Social Care spokesperson told Nursing in Practice that the Government has provided almost £1.8bn for adult social care, including infection prevention and control measures, free PPE and additional testing and prioritised health and care workers and older care residents for the vaccine.

They continued: ‘We have pledged to improve adult social care to give everyone who needs care the dignity and security they deserve and are committed to bringing forward a long-term plan to reform the social care system later this year.’