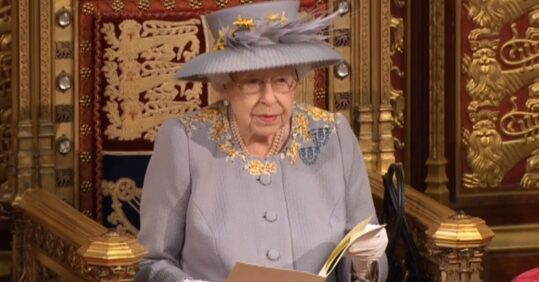 The monarch said in her speech on the Government’s policy plans for the next Parliament that ‘proposals for social care reform will be brought forward’.

Louise Brady, clinical development lead at the charity Royal British Legion, which owns six care homes, told Nursing in Practice a workforce strategy was urgently needed. ‘I don’t understand why they are not working quickly on that’, she said after the speech. She pointed out there had been a 30% reduction in social care nurses since 2013 (to 36,000 in England in 2019/20, according to the charity Skills for Care). ‘You can have all the money you want but you need people to do the work,’ she said.

Pat Cullen, RCN acting general secretary and chief executive of the RCN, said: ‘The Government has again missed the opportunity to finally address social care in this Queen’s Speech. Ignoring social care is the same as ignoring the NHS.’

National disability charity Sense responded: ‘It’s been nearly two years since Boris Johnson promised he would ‘fix’ social care, and after a year of immense pressure on an already outdated system, long-awaited and promised reforms still fail to materialise.’

Boris Johnson promised to ‘fix social care’ in his first speech as Prime Minister outside Number 10 after winning the election in 2019.

Chief executive of umbrella-group Care England Martin Green said: ‘Without the much needed, not to mention heralded, reform it is questionable as to how much longer the sector can be expected to limp on.’

Charity Age UK was a little more optimistic saying the Government had ‘finally nailed its colours to the mast by formally committing to social care reform this year’. But Caroline Abrahams, charity director at Age UK and Co-Chair of the Care and Support Alliance (CSA), added:  ‘The question now is how good the Government’s proposals will be.’

The Queen also said in her speech the Government planned for care to be more ‘tailored and closer to home’, suggesting workloads of community and practice nurses could rise.

Dr Crystal Oldman, chief executive of the QNI, said: ‘Community nurses are instrumental in delivering the care closer to home called for in the NHS Long Term Plan and referred to in today’s Queen’s Speech. Safe and high-quality care in people’s homes and communities is absolutely dependent on a nursing workforce that is properly resourced, fully trained and well regulated, with appropriate standards for the community specialists who are leading and managing these vital services.’

The Queen also mentioned in her speech additional funding for the NHS and continued commitment to the vaccination programmed. In addition, the Queen stated the Government would implement measures to tackle obesity and mental health.

The speech follows the Budget in March, which also failed to give a financial boost to the social care sector, which led to warnings this could mean home and hospice closures. Chancellor Rishi Sunak responded then he did not want to pre-empt any solutions from the cross-party group on social care in England – announced by Matt Hancock in March last year.