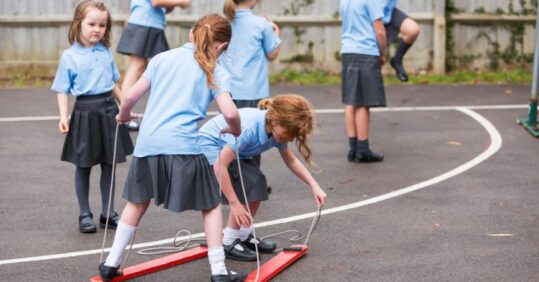 Soaring levels of obesity among primary school children has sparked alarm among healthcare bodies, who say more needs to be done to tackle childhood obesity and improve child health.

Healthcare leaders have warned the surge must be tackled, with Caroline Cerny, lead at the Obesity Health Alliance, arguing for ‘a relentless drive on improving children’s health’.

Nikki Joule, policy manager at Diabetes UK said: ‘This new data, which shows that two-fifths of children aged 10-11 in England are living with overweight and obesity is hugely concerning, and it underlines why urgent action is needed to improve children’s health.’

However, Dr Max Davie, officer for health improvement at the Royal College of Paediatrics and Child Health, cautioned against assuming ‘sharp’ and ‘alarming’ increase was only because of lockdown.

He said: ‘While lockdown may have been a key factor, we mustn’t assume that this year’s results are an aberration since there may be other factors, including mental health difficulties, which will take time to address.

‘One factor we must focus on is poverty. Every year we see the gap between the most and least deprived children widen,’ he added.

The findings come after NHS England on 15 November announced the launch of 15 new specialist clinics to off intensive support to children and young people with severe obesity, as reported by Nursing in Practice‘s sister publication Healthcare Leader.

Nursing in Practice looked in-depth at the mental health impact of the Covid-19 pandemic on children earlier this year.