More than half of over 65s at risk from toxic air 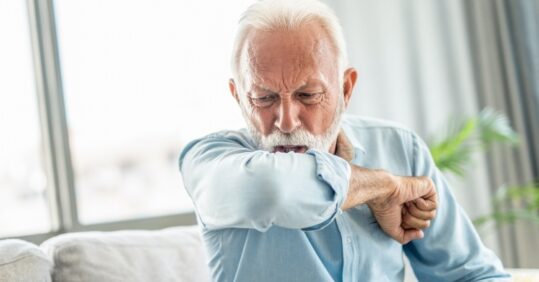 Around six million over 65s in England are at risk from asthma attacks and lung damage due to toxic air, according to a charity report.

The report by Asthma UK and the British Lung Foundation suggested over half of people over 65 in England are living in areas that put them at risk of harmful air pollution and potential lung damage.  Raised air pollution levels can make vulnerable people more likely to suffer asthma attacks or COPD flare-ups and are linked to early death due to lung cancer and cardiovascular disease.

The research used ONS population estimates from mid-2019 and mapped the data against local authorities that had levels of PM2.5 of over 10μg/m3, breaching the World Health Organisation (WHO) recommendations. PM2.5 is a toxic pollutant that can cause a range of lung problems, made up of a mix of tiny particles of solids and liquids in the air from domestic fires, industrial processes and road transport.

The current legal limit for PM2.5 in the UK is 20 μg/m3, twice the WHO’s recommended limit. The researchers also looked at the number of hospitals, GP surgeries and care homes in areas where PM2.5 levels were high.

In addition to the high numbers of over 65s living in heavily polluted areas, the report found that over a quarter of care homes in England and nearly 3,000 hospitals and GP surgeries are located where levels of PM2.5 are higher than the WHO recommendation.

Sarah Woolnough, chief executive of Asthma UK and the British Lung Foundation, said: ‘It is unacceptable that millions of over-65s, who are more likely to suffer from lung disease, are being exposed to toxic levels of air pollution in places where they are supposed to feel safe.’

The charity is calling for the Government to produce a national health protection plan to safeguard those most at risk from toxic air and set out stronger air quality laws in line with WHO guidelines.

This comes as air pollution is recognised for the first as a cause of death, at the inquest of nine-year-old school girl Ella Kissi-Debrah, in which the coroner concluded that air pollution had contributed to her death from asthma.

Professor Sir Stephen Holgate, from the University of Southampton, who gave expert testimony at the inquest of Ella Kissi-Debrah, said: ‘We’ve known about the deadly harm air pollution can cause for decades, it’s time now for urgent action. We must honour Ella’s legacy by acting now and protecting other vulnerable people from the harmful effects of toxic air.’

This comes as GP practices reported a 20% decrease in patients coming forward with asthma-related issues during the first lockdown of the Covid-19 pandemic, according to research undertaken by the University of Edinburgh.