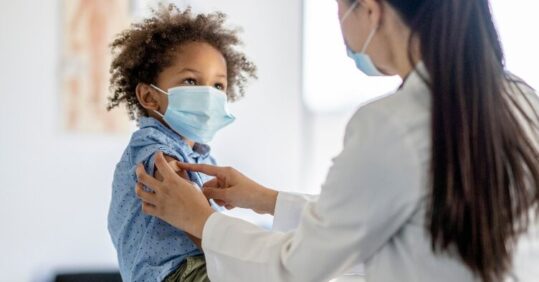 Child immunisation rates have suffered ‘the largest sustained drop’ in a generation, the humanitarian aid organisation UNICEF and the World Health Organization (WHO) have warned, signalling a ‘red alert for child health’.

The percentage of children who received three doses of the vaccine against diphtheria, tetanus and pertussis (DTP3) – a marker for immunisation coverage within and across countries – fell five percentage points between 2019 and 2021 to 81%, the WHO and UNICEF reported on 15 July.

Catherine Russell, UNICEF’s executive director, called for immunisation catch-ups, warning that ‘the consequences will be measured in lives’ and said the data shows there is a ‘red alert for child health’

She added: ‘While a pandemic hangover was expected last year as a result of Covid-19 disruptions and lockdowns, what we are seeing now is a continued decline. Covid-19 is not an excuse. We need immunisation catch-ups for the missing millions or we will inevitably witness more outbreaks, more sick children and greater pressure on already strained health systems.’

The organisations said the overall decline was ‘due to many factors’ – including more children living in ‘conflict and fragile settings’ with ‘challenging’ immunisation access; ‘increased misinformation’; and ‘Covid-19-related issues’ such as service and supply disruptions, resource diversion and containment measures that limit immunisation access.

Of the 25 million children who missed out on one or more DTP doses, 18 million did not receive a single dose during 2021, most of whom live in in low- and middle-income families, with India, Nigeria, Indonesia, Ethiopia and the Philippines recording the highest numbers. Myanmar and Mozambique are among the countries with the largest relative increases in the number of children who did not receive a single vaccine between 2019 and 2021, the data shows.

The WHO and UNICEF also found that, globally, more than a quarter of the coverage of human papillomavirus (HPV) vaccines achieved in 2019 has also been lost, which has ‘grave consequences for the health of women and girls’, as global coverage of the first dose of HPV vaccine is only 15%, despite the first vaccines being licensed more than 15 years ago.

The organisations warned the backsliding in immunisation rates is happening against a backdrop of ‘rapidly rising rates of severe acute malnutrition’, which together threaten to ‘create the conditions for a child survival crisis’, as ‘a malnourished child already has weakened immunity and missed vaccinations can mean common childhood illnesses quickly become lethal to them’.

The charities also highlighted that ‘inadequate coverage levels have already resulted in avoidable outbreaks of measles and polio in the past 12 months’.

Compared to 2019, 6.7 million more children missed the third dose of polio vaccine in 2021 and 3.5 million missed the first dose of the HPV vaccine.

‘The sharp two-year decline follows almost a decade of stalled progress’, the WHO and UNICEF said, ‘underscoring the need to not only address pandemic-related disruptions, but also systemic immunisation challenges to ensure every child and adolescent is reached’.

The WHO and UNICEF are working with Gavi, the Vaccine Alliance and other partners to deliver the global Immunization Agenda 2030 (IA2030) – a strategy to achieve set goals on preventing diseases through immunisation and delivering vaccines to everyone.

Dr Seth Berkley, CEO of Gavi, the Vaccine Alliance, said: ‘The priority of the alliance must be to help countries to maintain, restore and strengthen routine immunisation, alongside executing ambitious Covid-19 vaccination plans, not just through vaccines but also tailored structural support for the health systems that will administer them.’

WHO director-general, Dr Tedros Adhanom Ghebreyesus, said ‘planning and tackling Covid-19 should go hand-in-hand with vaccinating for killer diseases like measles, pneumonia and diarrhoea. It’s not a question of either/or, it’s possible to do both’.

The IA2030 partners are calling on governments and relevant actors to:

– Leverage and increase investment in research to develop and improve new and existing vaccines and immunisation services that can achieve community needs and deliver on IA2030 goals.

In May, official data revealed that only 7% of children aged 5-11 had been vaccinated against Covid-19 in England so far.

In April, GP practices in Somerset were told to assess the ‘viability’ of offering childhood immunisations in future years, as stricter targets have meant a number of GP practices will lose tens of thousands in income from child immunisations.