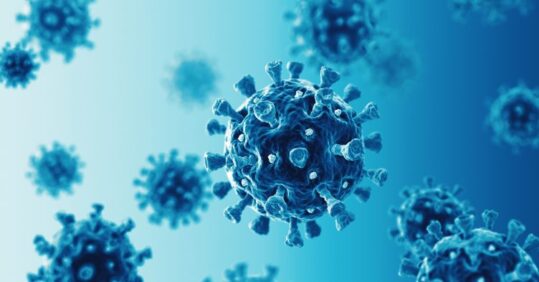 Moderna’s Covid-19 vaccine is still 93% effective six months after the second dose is given, trial results have shown.

The company said data from a 30,000-participant clinical trial which began last July showed hardly any change from the efficacy reported in original trials.

But the latest data does not cover the mRNA-based vaccine’s performance against the more contagious Delta variant of coronavirus, which has caused infections among fully vaccinated people.

The company said booster shots will probably be needed in the coming months given the variant’s impact and expectations that antibody protection will eventually wane.

CEO Stéphane Bancel said: ‘We are pleased that our Covid-19 vaccine is showing durable efficacy of 93 percent through six months, but recognise that the Delta variant is a significant new threat so we must remain vigilant.’

The company’s President, Stephen Hoge, said: ‘It looks like we’ve got durable efficacy. But we are currently blind to what’s been happening around Delta, and particularly around the explosion of cases that’s happened in June and July.’

Pfizer/BioNTech has presented data showing its vaccine’s efficacy reduced by about 6% every two months, declining to around 84% six months after the second shot.

The Moderna and Pfizer/bioNTech shots, developed using similar mRNA technology, are favoured by countries planning to deliver a booster jab programme including Germany, France and Israel.

The UK is expected to confirm its plans for a booster roll-out in the coming weeks but has given no indication of which vaccines it intends to use.

Moderna said it had  been testing  50-microgram dose versions of its vaccine as boosters and that studies of three different booster candidates induced robust antibody responses against variants, including Gamma, Beta and Delta.

The news comes as Germany announced that all patients who were fully vaccinated with the Astra Zeneca Covid vaccine will be offered an mRNA booster from next month.

The decision, which was based on vaccine efficacy, also applies to people who received the single-dose Johnson & Johnson vaccine.

A version of this story was originally published in Nursing in Practice sister publication Pulse.