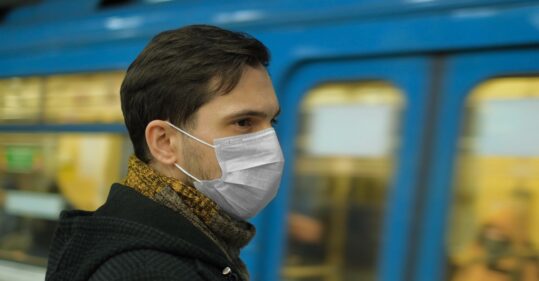 The Alpha coronavirus variant was spread through a series of ‘super-seeding’ events as people travelled from London to the rest of the UK, according to new research by scientists led by the University of Oxford.

They found the Alpha variant – also known as the Kent Variant – was not 80% more transmissible than other variants, as previously thought. Instead, it was part of a major ‘super-seeding’ event and ‘exported’ to all but five counties in England, Scotland and Wales from a large outbreak in London and the South East.

The researchers have warned their findings have significant implications for how future outbreaks and variants are handled. The rapid spread of the new variant resulted from multiple ‘exports’ across the country between November 2020 and January 2021, as well as biological changes that made the virus more transmissible.

Professor Oliver Pybus, from the University of Oxford, said: ‘It is likely the Alpha variant was 30% to 40% more transmissible than the initial strain. And the early estimates were higher because we did not know how much its growth was exacerbated by human mobility and by how many contacts different groups of people have.’

The study, published in the journal Science, is the largest ever phylogeographic analysis – a discipline looking at geographical patterns of genetic lineages – conducted. The research maps the spread of the variant, showing the scale of the outbreak and mobility of the population were the significant factors affecting its spread and early growth rates.

Dr Moritz Kraemer from the University of Oxford and lead author on the study said: ‘As people travelled from London and the South East to other areas of the UK they ‘seeded’ new transmission chains of the variant.’

The super-seeding events did not slow until early January, according to the researchers, and although travel restrictions were introduced on 20 December, the exponential growth in Alpha variant cases compensated for this.

The researchers highlighted the need for epidemiologists to work closely and rapidly with virologists and geneticists to create accurate transmissibility estimates for new variants.

Reflecting on the spread of the more recently emerged Delta variant, Dr Kraemer added, ‘As new variants emerge, we expect they will spread significantly before travel restrictions are put in place.’

With the UK now an exporter of the Delta variant across Europe and other parts of the world, Dr Kraemer warned of the consequences of super-seeding events. He stated: ‘The Delta variant could be starting this process again elsewhere, highlighting the urgent need for faster and equitable distribution of vaccines worldwide.’

Fresh concerns were raised this week about vaccine hesitancy among pregnant women, following research showing the Delta variant is more likely than previous Covid variants to cause severe illness in the patient group.