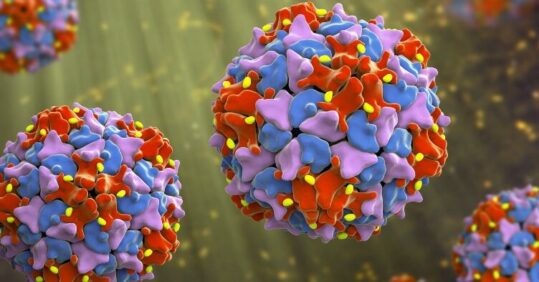 The levels of polio in sewage water could put the UK’s eradication status at risk if the situation is not properly handled, says the UK health security agency’s (UKHSA) nurse consultant for immunisation.

Speaking at the Best Practice conference in Birmingham yesterday, David Green,  nurse consultant for immunisations at UKHSA, said that health services needed to ‘get on top of’ the spread of polio in the community or risk ‘going backwards’ on public health.

The whole European region received polio eradication status from the WHO in 2014, indicating that wild-type polio was no longer endemic. Only Pakistan and Afghanistan currently have an endemic circulation of polio wild-type 1, with all other strains considered eradicated.

However, Mr Green told delegates that ‘the seriousness of this situation cannot be understated, adding that the mutant strain in circulation was ‘potentially quite concerning’.

The UKHSA is currently expanding its sewage testing program after DNA of a vaccine-derived Polio was discovered at Breckton sewage treatment works in February.

Work is currently underway to set up an additional 10 to 15 testing sites nationally to determine whether the disease has spread beyond the capital.

The reasoning behind this decision, said Mr Green, was that ‘if you’ve found it in London, where else might it be circulating?’

This recent discovery of polio is of particular concern due to the nature of the strain in circulation. It is currently believed that the virus was brought to the UK by an individual who had received an oral polio vaccine (OPV), who ‘shed’ the weakened live virus in their faeces.

OPVs are not commonly used in the UK so it is believed that an individual received a live oral vaccine while travelling in a region in which an OPV was being used for a supplementary immunisation campaign or outbreak response.

While the live strain used in vaccination is not harmful, this strain has now mutated into the VDPV2 strain which can cause paralysis.

Mr Green confirmed that there is a ‘genetic link’ between the strain found circulating in London and those recently found in New York and Israel.

‘Individuals who are unvaccinated remain at risk of paralytic polio, as we have seen with the recent case identified in New York’ Mr Green told Nursing in Practice, ‘Polio vaccine coverage rates in parts of North and East London are the lowest in the UK and it is no coincidence that this is where we have seen the Vaccine Derived Polio Virus (PV2) spreading.

‘High vaccination coverage in all communities is the only way to ensure polio (and other infections) do not make a comeback.’

In 2014, the UK switched from using the OPV to using an inactivated polio vaccine (IPV). Those vaccinated before 2014 have very good protection against polio and high levels of gut immunity.

Those who were vaccinated after 2014 however, are protected against severe polio, which may cause paralysis, but they still can become infected and spread the disease without exhibiting any symptoms.

This comes as general practice and community pharmacies are offering a polio booster vaccine to all children aged 1-9 in Greater London.