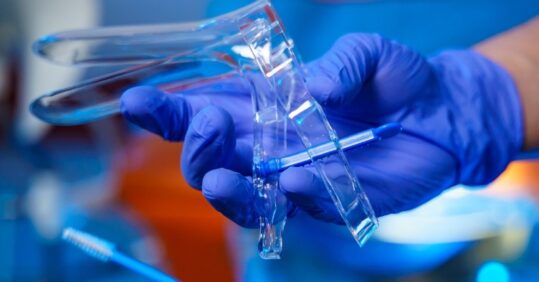 Home self-sampling is being piloted in some areas of London in the hope it will boost take up of cervical screening, NHS England has said.

Under the scheme more than 31,000 women aged 25-64 years who are overdue for a smear test will be sent the home swab kits.

The trial scheme is being done through 166 GP practices in Barnet, Camden, Islington, Newham and Tower Hamlets where screening appointment attendance is low.

Kits will be posted or given out by the GP with completed home swabs to be sent directly to the NHS Cervical Screening Programme’s London laboratory. Results will be sent back in the post and to their GP surgeries.

Home swabs will be sent to 19,000 women who are 15 months overdue for screening and will also be offered to 12,000 women attending a GP appointment for another reason who are at least six months overdue a test.

Women who test positive for HPV will be invited to the GP practice for a follow up smear test.

The YouScreen pilot follows research showing that embarrassment is a key reason for women not attending a smear test appointment, as well as cultural barriers and fear about what it involves.

It was one of the recommendations made by a new national screening committee that includes the chief medical officers of the four devolved nations to address falling uptake rates of cervical screening.

Figures for 2019/20 showed a decline in the numbers tested despite GP practices inviting more women for cervical screening.

Researchers from Kings College London who are leading the pilot said self-sampling could be a game changer for screening especially in areas where uptake is particularly low.

Dr Clare Stephens, GP and clinical co-director of the North Central London Cancer Alliance,said they had done a huge amount of work to set up the study, recruit GP practices, identify women for postal kits and ensure that test results are incorporated into the NHS England Cervical Screening Programme.

‘GPs, practice nurses and healthcare assistants in the participating practices can also offer YouScreen kits opportunistically to women overdue their test and they have been trained to carry this out this process.

‘Offering this new technology to London women is a significant step forward in cervical cancer prevention.’