Patients who have missed cervical screenings urged to contact practices 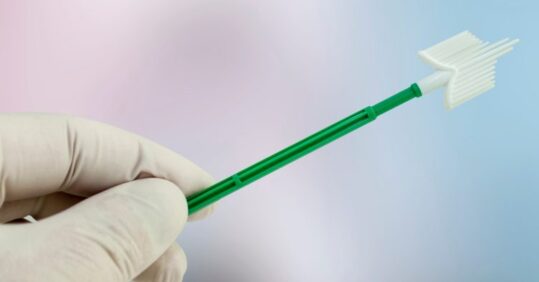 People who have missed their cervical screening appointment have been urged to contact their GP practice, after data revealed nearly a third of those eligible did not come forward in 2020 to 2021.

The national campaign, launched by the Department of Health and Social Care (DHSC) and NHS England, urged women and those who may be eligible ‘not to ignore their cervical screening invite, and if they missed their last one, to book an appointment with their GP practice or sexual health clinic’.

This comes after the latest official figures revealed that 30% of women and people with a cervix aged between 25 and 64 were not screened in the year up to dated March 2021.

A subsequent survey of 3,000 people, commissioned by the DHSC AND published yesterday, found feeling embarrassed was the most common reason (42%) for never having attended or missing an appointment.

More than a third (34%) said they ‘kept putting it off’, while 28% had never attended as they were worried it would be painful.

The survey also revealed that 15% of lesbian or bisexual women over 25 had never had a smear test: more than double the rate among women over 25 in general (7%).

However, the new survey showed that 89% of women who had attended their screening said they were glad to have done so.

Additionally, 81% said the doctor or nurse put them at ease during their screening.

It comes two months after NHS Digital confirmed that no local authorities reached the national target of 80% coverage for cervical smear tests.

Around 2,700 people are diagnosed with cervical cancer in England each year, the DHSC said, noting around 83% of the approximate 690 annual deaths could be prevented with regular screening.

The campaign will emphasise that screening is a quick process, and will target groups that typically experience specific barriers to uptake, such as people from ethnic minority backgrounds and LGBT communities.

Dr Nikki Kanani, GP and medical director for primary care at NHS England, said: ‘We know that it can feel embarrassing or feel like something that you can easily put off, but accepting your invite and getting checked could save your life.’

She urged those eligible to ‘speak to your GP practice about any concerns’.

Analysis of a previous uptake campaign revealed that the number of young people attending cervical screening tests at their GP practice has increased by 19%.

It found that in 2019, the overall number of people attending their GP practice for a screening rose to 13.7 visits per practice each week, up from 11.4 the previous year.