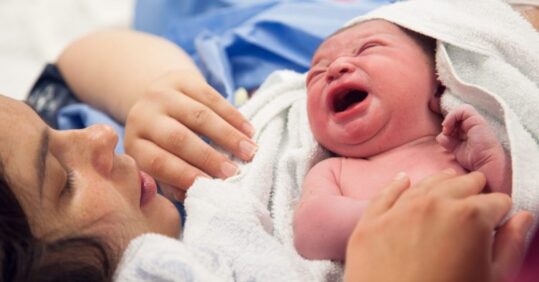 Babies born in the UK in 2020 will die nearly five years earlier than predicted a decade ago, data has shown, raising concerns about progress in improving life expectancy.

The figures, from the Office for National Statistics, shows that girls born in 2020 are now expected to die 4.8 years earlier than was expected in 2012, and boys 4.5 years earlier.

But it also revealed children born today can still expect to live longer than their parents, with girls predicted to live to 90.2 and boys to 87.3. An estimated 14% of boys and 19% of girls are expected to reach 100, projected to increase to 21% of boys and 27% of girls born in 2045.

The Institute of Health Visiting said the ‘shocking’ findings require ‘urgent action’ and argued investment in the health of young generations is ‘the smartest of all investments’.

From 2011, increases in life expectancy slowed after decades of steady improvement in England, according to the King’s Fund.  In the 100 years to 2010, it increased by nearly three years every decade, but between 2011 and 2018 it increased by only 0.5 years for males and 0.2 years for females.

In 2018, Public Health England pinpointed slowing improvements in mortality from heart disease and stroke, widening inequalities and rising death rates from accidental poisoning among younger adults (mainly due to drug misuse) as some of the factors behind the figures.

ONS figures last September revealed life expectancy for men in the UK fell for the first time since  records began 40 years ago because of high levels of mortality during the Covid-19 pandemic.

Mr Finch continued: ‘A ’whole government approach’ is required if we are to see significant progress, including in areas that contribute to health such as having more secure employment, good quality homes and adequate welfare support for those who are struggling.

‘Improving health needs to be a key consideration in all government policy and investment decisions, the vast majority of which have the potential to help or hinder efforts. The pandemic has laid bare the extent of underlying poor health in the UK, with tragic consequences.’ In July last year, children’s charities warned some councils in the poorest parts of England have cut funding to support children reaching crisis point by over 80% in the last decade.