Spending on vulnerable children cut by up to 80%, charities warn 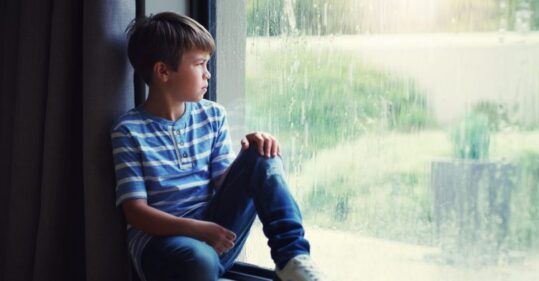 Some councils in the poorest parts of England have cut funding to support children reaching crisis point by over 80% in the last decade, children’s charities have warned in a report this week.

The analysis – commissioned by Action for Children, Barnardo’s, The Children’s Society, National Children’s Bureau and NSPCC – revealed local authorities have halved spending on early intervention services from £3.6bn in 2010 to £1.8bn in 2020 overall, with the poorest the worst hit.

Early intervention spending fell by an average of 59% between 2010 and 2020 in the most deprived local authorities, compared to 38% in the least deprived, the research showed.

The charities argued local authorities are in a ‘vicious circle’ where they are forced to reduce spending on early support services that prevent problems escalating. This increases reliance on ‘expensive’ and ‘disruptive’ late invention spending, which surged by 34% in the last decade, from £5.7bn to £7.6bn.

They urged the Government to use the Spending Review, expected in autumn, to invest in early intervention services for children and families. They added: ‘That new investment should be focused on achieving a genuine shift from crisis support to earlier intervention.’

Mark Russell, The Children’s Society chief executive, said: ‘We have heard of families being refused support because their problems were not ‘bad enough’ or their children were not going missing from home often enough.

‘There is a real risk the situation will get even worse following successive lockdowns which have increased vulnerability among many children and young people and exposed them to new dangers.’

Earlier this week, Stoke-on-Trent councillors voted against using part of a council underspend last year to prevent around 12 health visitors and nurses losing their jobs.

Health visitor numbers in the city would be reduced by 7.59 full-time posts under plans covered by Nursing in Practice last month to cut the 0-19 service budget by £1m. A 0.8 specialist health visitor for young people and 3.86 full-time community staff roles would also be scrapped.

Last week, in separate proposals, lead nurses warned that Hampshire County Council could break the conditions of receiving the public health grant if plans go ahead to cut the health visiting and school nursing workforce by 47 posts.

The Hampshire cuts are to help the council slash its £52m public health budget by £6.8m. Children aged 12 and over would only receive a digital school nursing service and no face-to-face offer.

Safeguarding concerns are also rising nationally after 285 children were killed or seriously harmed in the first six months of lockdown in England, Ofsted data shows. Nursing in Practice explored this and other impacts of the coronavirus pandemic on children in an in-depth article earlier this year.