Half a million waiting for social care assessment or support, survey finds 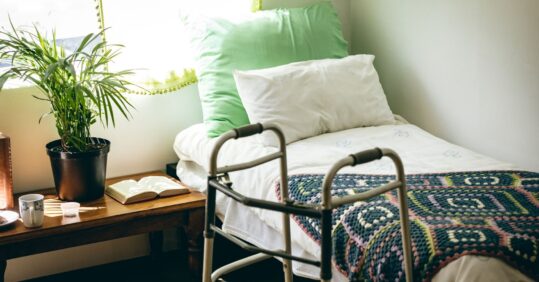 More than half a million people are now waiting for social care services, a survey has found, as experts warn levels of unmet need is increasing.

The poll from the Association of Directors of Adult Social Services (ADASS), published on Friday, found 506,131 people were waiting for assessments, reviews, or care or support to begin as of 28 February – a 72% increase from the 294,353 waiting in September 2021.

When asked between 23 February and 11 March, 61% of councils in England said they have had to prioritise assessments and are only able to respond to people where abuse or neglect is highlighted, for hospital discharge, or to support recovery and reablement after temporary residential care.

Almost 170,000 hours a week of home care could not be delivered because of a shortage of care workers during the first three months of 2022, the research also found.

Cathie Williams, ADASS chief executive, called for a ‘funded plan’ to ‘ensure everyone gets the care and support they need’, warning it could take ‘years’ to ‘fully recover’ without action.

She continued: ‘We need a funded plan so that we can ensure that everyone gets the care and support they need, with more of the health and social care levy being used to fund care and support in people’s homes and communities over the next two years.’

Caroline Abrahams, charity director at Age UK, said the figures make for ‘grim reading’, adding that ‘behind them are real older and disabled people whose lives are being sadly diminished by lack of essential support’ with many facing ‘a ramshackle service’.

She pointed out that the Government’s social care reforms, which are due to come into force in October 2023 and will see no one pay more than £86,000 on care over their life time, only offer extra financial support and do not improve the quality or quantity of support available.

She continued: ‘After all, what’s the point of having the reassurance that you won’t face unlimited bills for your care, if there’s no one to provide it for you in the first place?

‘The Government deserves great credit for committing to improve social care, after all its recent predecessors chose to look the other way. However, ministers are at grave risk of being seen to over-promise and under-deliver on their promises, as this latest ADASS survey demonstrates.’