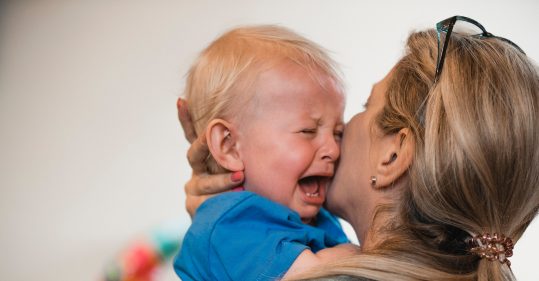 In an open letter to council leader Keith Mans on Monday, they argued fewer health visitors would mean staff only have time to see the most vulnerable families and reduce opportunities to identify need and vulnerability in women and children.

They singled out concerns the proposals would see families only receive one of the five face-to-face visits, between pregnancy and 2.5 years, as mandated by the Government’s Health Child Programme (HCP). The remaining reviews would be face-to-face or virtual depending on risk.

They added: ‘We are concerned that this approach relies on the ‘agency’ of individuals to step forward and ask for support when they need it. However, there is strong evidence that families with the greatest levels of vulnerability are the least likely to access support themselves.’

More reliance on virtual contact will ‘exclude families who may be experiencing digital poverty’ and children who need a clinical assessment that cannot be done virtually, they said.

Alongside introducing ‘unacceptable risks and widen inequalities’, the letter also warned of ‘significant’ knock-on effects on maternity care, which works closely with health visiting, as well as A&E, which is already seeing a ‘dramatic’ rise in the number of young people attending.

The changes would also set a ‘dangerous precedent for other councils facing similar budget challenges,’ it said. It urged: ‘A sustainable national solution is urgently needed to ensure that all babies, children, and families have access to an effective health visiting service.’

The letter concluded: ‘While we recognise the difficult decisions [the Council] faces in terms of being able to balance the budget, we ask that you re-examine as a matter of urgency the impact that the proposed changes will have on women before, during and after pregnancy, and on their babies.’

RCM chief executive Gill Walson said: ‘What’s happening to public health budgets in Hampshire is happening elsewhere across the UK. We absolutely recognise the strain that local authority budgets are under, but slashing spending for some of the most vulnerable is a false economy.

‘Those who are most vulnerable will lose out and this is just one example of what can happen when budgets are slashed.’

Leading Hampshire health visitors and school nurses spoke low staff morale and their fears for child safety if proposals go ahead, in an interview with Nursing in Practice last week.

Hampshire County Council’s consultation on the proposals closed on Monday.