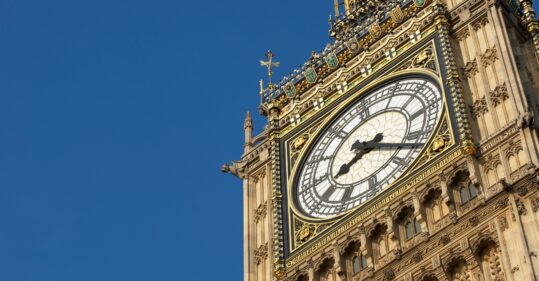 The new Health and Care Bill, which aims to build on proposals set out in the NHS Long Term Plan, has been introduced to Parliament today.

The proposals, first published in February, outlined a series of wide-ranging reforms to how health and social care services are commissioned in England.

The white paper’s plan for integrated care systems (ICSs) to take over the functions of CCGs were a particularly significant part of the changes.

Other proposed steps included assigning the NHS and local authorities a ‘duty to collaborate’ and scrapping section 75 of the Health and Social Care Act 2012, which mandated for all NHS contracts to be put out to competitive tender.

It will also see a ‘package of measures’ designed to improve oversight and accountability in the social care sector.

The Department for Health and Social Care (DHSC) said today that the Bill will build on the NHS’ own proposals for reform to make it less bureaucratic, more accountable, and ‘more integrated in the wake of Covid-19’.

Sir Simon Stevens, NHS chief executive, said the Bill contains ‘widely supported proposals for integrated care’, which had been consulted on within the NHS itself.

‘They go with the grain of what our staff and patients can see is needed, by removing outdated and bureaucratic legal barriers to joined-up working between GPs, hospitals, and community services,’ he said.

Sir Stevens added that by enabling mutual support between different parts of the local health and care services they will ‘undoubtedly both help tackle health inequalities and speed the recovery of care disrupted by the Covid pandemic’.

The elective treatment waiting list stands at around 5.1 million people, with three-quarters (73%) of trust leaders worried that their plans to address the care backlog will be disrupted over the winter, according to British Medical Association’s recent estimates.

Professor Stephen Powis, NHS England medical director, said: ‘We’ve seen throughout the pandemic and in the delivery of the NHS Covid vaccination programme that the health service is the heart of every community, and can respond quickly to work with other organisations to protect people and improve public health.

‘As a medic I know that working with organisations outside the NHS, and putting patients at the centre of shared decision-making, is best for each individual person and actually is a more effective and efficient way of working, which is why these proposals are right to build on the good work already underway across the country.’

The white paper had previously come under criticism for its lack of clarity around primary care’s involvement in ICSs.

Last month, NHS England outlined that primary care will need to be represented and involved in decision-making across ‘all levels of the ICS’.

A version of this article was originally published by Healthcare Leader.