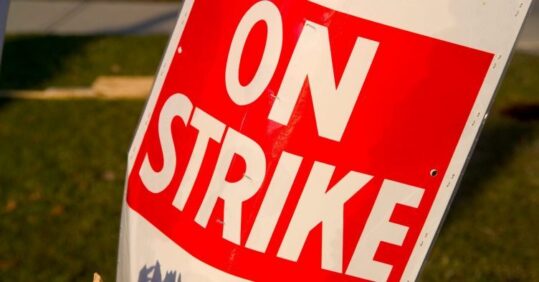 Most RCN members on Agenda for Change contracts in Scotland have said they would take industrial action over their 4% pay rise.

Nine in 10 polled said they would be willing to take industrial action short of a strike – while six in 10 would go as far as taking strike action – to oppose the pay award for 2021/22, in an indicative ballot that closed on 8 November where 30% of eligible members voted.

Julie Lambeth, RCN Scotland Board chair, said the RCN will update members shortly on its next steps following the ‘strength of feeling’ showed in the vote. However, the trade union also stressed no industrial action can take place without a statutory ballot.

‘The thought of taking industrial action does not sit well with nursing staff. So the response to our indicative ballot demonstrates how difficult things are within the NHS,’ added Ms Lambeth.

The vote comes amid an ongoing trade dispute from the RCN against the Scottish Government, lodged in June because of ‘serious concerns’ over pay.

RCN and GMB Scotland members also voted to reject the pay offer from the Scottish Government in May, although Unison members accepted the award.

Graham Revie, chair of the RCN Trade Union Committee, said: ‘The years of being under-valued have taken their toll and the pressure of the pandemic has left many considering their future in the profession. The link between low pay, staff shortages and patient safety is clear.’

RCN indicative ballots are also underway in England and Wales after members voted that the NHS 3% pay awards for 2021/22 were ‘unacceptable’, both closing on 30 November.

Nurses in Northern Ireland are to receive the 3% pay rise in November, which will be backdated to April.