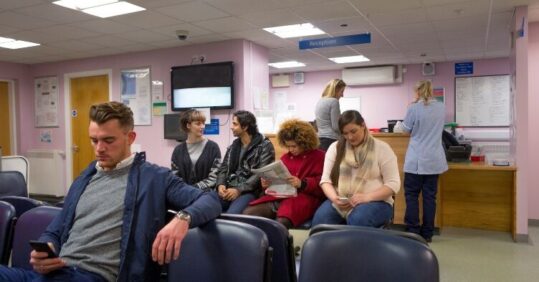 Employing healthcare workers other than nurses or GPs in general practice leads to a drop in patient satisfaction, a large study has found.

Policies to introduce more social prescribers, pharmacists, paramedics, physiotherapists, nursing associates and physician associates has also not freed up time for nurses or GPs, an analysis of 6,295 GP practices in England between 2015 and 2019 has suggested.

Researchers behind the most detailed study yet of the introduction of newer roles into the general practice team, said their findings had ‘profound implications’ for policy makers.

The analysis found employment increased for all groups over the four-year period but the smallest increase was for nurses and the largest was for ‘healthcare professionals’ – such as clinical pharmacists, physiotherapists, physician associates, paramedics, podiatrists, counsellors, and occupational therapists.

Having more GPs and nurses led to positive changes to practice activity and outcomes, they reported in Social Science and Medicine. But there were larger drops in patient satisfaction in practices that had taken on more healthcare professionals.

Changes in workforce composition did not show significant relationships with most primary care outcomes measured in the study.

Overall, there was ‘little evidence’ of any complementarity or substitution between different staff groups, suggesting that the additional staff were not freeing up GP or nurse time to do other work or making practices more efficient, the researchers concluded.

However, they found pharmacists contributed positively towards some tasks, improving the quality of medicine prescription and reducing the burden of these activities for existing staff.

This comes after data this month showed practices in England have made just under 1,000 new hires through the Additional Roles Recruitment Scheme (ARRS) since March of this year.

Study leader Dr Igor Francetic said it was a complex picture and not about whether these roles should be there at all, but about how they should be integrated and what tasks they should do or patients they should see.

‘The introduction of new roles to support general practice does not have straightforward effects on service quality or patient satisfaction.

‘In fact, we provide substantial evidence of detrimental effects on patient satisfaction when some health professionals and healthcare associate professionals are employed.

‘Patient satisfaction is a crucial dimension of quality of care, as it contributes to individuals’ willingness to seek care through GPs.’

He added that the findings counter the common wisdom that some of these new roles will reduce the workload of existing GPs and nurses.

‘The introduction of several of these new roles requires substantial supervision from GPs and complex changes to how work is organised that may ultimately reduce efficiency,’ he said.

Professor Azeem Majeed, professor of primary care and public health at Imperial College London, said: ‘The study confirms what many GPs are hearing from their patients – that patients often want to see a GP or nurse rather than another type of healthcare practitioner.

Professor Joanne Reeve, professor of primary care research at Hull York Medical School, said the results were consistent with other pieces of work starting to come out.

‘It’s showing it’s not as straightforward as everybody thinks it is and there is an assumption that you can swap one person with another and it doesn’t recognise that a significant proportion of work in primary care cannot be reduced to if you do a, that means b and you do c.

‘There is a misunderstanding of what primary care is doing. The second issue is patient expectation and what we are able to provide.’

A version of this article was originally published in our sister publication Pulse.