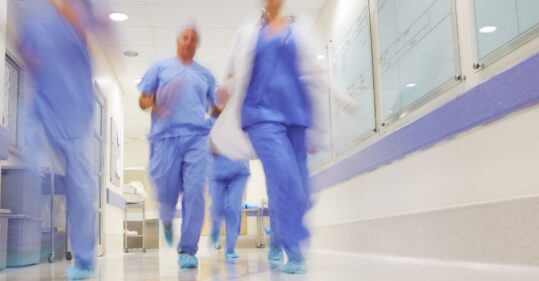 All health boards support the extension of the safe staffing law to community nursing and mental health inpatient wards, according to a report published by RCN Wales.

The report, Progress and Challenge in delivering safe and effective care 2022 published on 10 May, found every health board showed support for the extension of Section 25B of the Nurse Staffing Levels (Wales) Act 2016 to the community.

Many boards are already implementing and reporting on the interim district nurse staffing guidance principles, which were introduced in 2019 to ready boards for the extension of the act, it also found.

The Act was found to have increased the number of nurses on wards covered by Section 25B; improved patient care, with fewer falls and hospital-acquired pressure ulcers being reported as a result of a failure to maintain nurse staffing levels; and to have increased awareness among senior health board members of the role of the ward manager, as well as the value and importance of professional nursing judgement.

The report also found that most health boards were reliant on international recruitment to maintain a safe and effective level of nursing and called for a national approach to recruitment, while also highlighting that in 2019, £69.04 million was spent on agency nursing.

Nicky Hughes, associate director for RCN Wales, said: ‘The Welsh nursing profession has led the way in the UK many times, being the first country to move to an all graduate profession and the first to implement legislation to improve safe and effective care through safe staffing levels. We can be very proud of these achievements and this report provides clear evidence of how the nursing profession delivers improvements in patient care.’

Section 25B of the Nurse Staffing Levels (Wales) Act 2016 requires health boards and NHS trusts in Wales to take all reasonable steps to maintain a specified nurse staffing level, which applies to the number and skill mix of nurses required to provide sensitive patient care. Health boards and trusts are also required to inform the public of the levels of nursing staff on any ward covered by Section 25B.

When the law was first passed, it applied to acute adult medical and surgical wards. Last year, it was extended to children’s wards. RCN Wales is seeking to extend the act to all settings where nursing care is provided, starting with community nursing and mental health inpatient wards.

RCN Wales’ petition on the issue has received 10,551 signatures, meaning the Welsh Parliament’s Petitions Committee will consider it for a debate.

It is anticipated the issue will be considered at the Petitions Committee’s next available meeting on 23 May, at which point members of the committee will decide whether to request a plenary debate, or to take the petition forward in some other way.

If they decide to request a debate, it could happen before the end of term in June, although this would depend on what other business, including other petitions, were seeking time in the Welsh Parliament. Sometimes members also seek additional information before requesting a debate.

RCN Wales last year estimated that there were 1,719 nursing vacancies in the NHS in Wales alone, up from 1,612 in 2020. It said the actual number could be higher because it is based on incomplete and inconsistent data.

The RCN has called for Wales to join the rest of the UK in publishing national statistics for nursing vacancies. It has estimated that, due to staffing shortages, nurses had to give the NHS 33,722 extra hours of work every week.