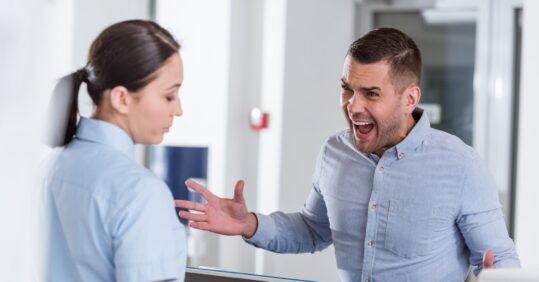 Almost one in three practice staff have been physically abused at work by patients, according to a survey.

In a poll of 1,395 GPs, conducted by the BMA and GPDF’s Rebuild General Practice campaign, 31% said a member of staff in their practice experienced physical abuse from a patient in the last year.

The BMA and former health secretary Jeremy Hunt joined forces to launch the new campaign, which is partly funded by the GPDF.

The survey also found 90% of GPs and practice staff have experienced mental abuse (threats and verbal insults) from patients.

Lothian GP Dr Amy Small from the Rebuild General Practice campaign said the situation in general practice is ‘dangerous for both GPs and patients’.

She said: ‘GPs are delivering more appointments than ever before in an increasingly hostile and pressured environment.

‘As a GP who wants to provide timely, quality care to my patients, I share their frustrations. But it is distressing that my colleagues and I are at risk of abuse and violence in our place of work.’

She added that the impact on doctors’ mental health is ‘alarming’ and that the Government ‘must act to address this dangerous and unsustainable situation’.

This comes after NHS England chief nursing officer Ruth May has spoken out against abuse of school nurses delivering the Covid-19 vaccination programme in November last year.

Also late last year, the Government announced a ‘zero-tolerance’ campaign on the abuse of healthcare staff, as nursing leaders warn incidents have risen to ‘unprecedented levels’.

And in January 2021, Nursing in Practice heard that incidents of abuse towards primary care nurses during Covid-19 are on the increase. And figures from the 2020 NHS Staff Survey showed 28.5% of the 569,440 NHS employees in England had experienced bullying or harassment.