Government to launch ‘zero-tolerance’ campaign on abuse of healthcare staff 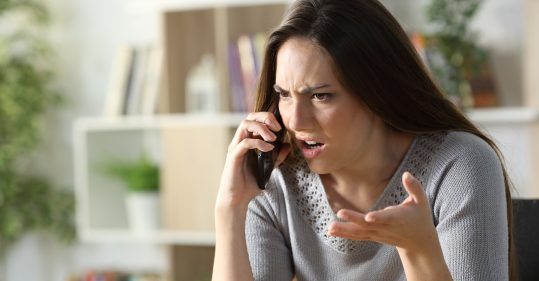 The Government has announced a ‘zero-tolerance’ campaign on the abuse of healthcare staff, as nursing leaders warn incidents have risen to ‘unprecedented levels’.

The campaign, which will be worked on in partnership with trade unions and the Academy of Medical Royal Colleges, comes as part of a £250m-backed plan for general practice announced today to ‘increase the proportion of appointments delivered face to face’.

It said it continues to work with the Government on the NHS Violent Reduction Programme, led by the NHS in London. The Government is also now legislating for the maximum prison sentence for common assault to be doubled to two years if the victim is an NHS worker, it added.

This follows a joint statement from leading healthcare bodies, published on Monday, warning that healthcare staff including nurses have been ‘subject to a growing tide of abuse’ from patients.

They said the ‘unprecedented’ level of verbal and physical abuse ‘over the last few months’ has led to ‘demoralisation, burnout and illness’, which ‘further worsens pressures on services more widely’.

The signatories acknowledged the ‘particularly visible and distressing incidents’ in primary care recently – such as a GP surgery forced to close for two days due to patient abuse this week – but stressed the rise in abuse has taken place ‘right across health and care’.

They wrote: ‘As well as GPs and their teams, ambulance staff, receptionists, call handlers, staff working in urgent and emergency care, vaccinators, midwives, social care staff and nurses and others all report an unprecedented rise in abuse directed towards them.’

Patients can become ‘frustrated at long waits, delays in their care or other problems in the delivery of the services they rightly expect,’ they said.

But they added: ‘However, blaming individual members of staff, whether clinical or administrative, for systemic problems caused by huge increases in demand coupled with a lack of resources and workforce capacity is completely inappropriate.’

Practitioners told Nursing in Practice in January this year that incidents of abuse towards primary care nurses have been on the rise during Covid-19.