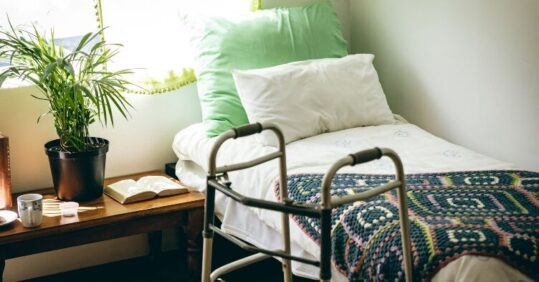 A nurse has been struck off the NMC register this week after previously being found guilty of wilful neglect of an 87-year-old female resident.

Catalina Ferchiu, a registered nurse since 2005, was on duty as a senior nurse at Overslade Nursing Home in Rugby on the night of 1 to 2 February 2018 when she was ‘neglected’ an unwell resident, the NMC Fitness to Practise Committee heard this week.

At Warwick Crown Court in October 2020, she was convicted of wilful neglect handed a 20-month suspended sentence and ordered to carry out 240 hours of unpaid work.

The court notes, which were quoted by the NMC panel on 13 June 2022, said that following an earlier stroke, the resident had no independent movement and was paralysed on her right-hand side. She had limited ability to communicate, but full mental ability.

Ms Ferchiu had reported that the resident had vomited and had a bruise in a handover at 7.30am on 2 February, the panel heard.

When the new carers went to [the resident’s] room, they found her in ‘a poor condition,’ the committee heard. ‘They saw a large bruise to her shoulder area. Her face was grey.’

Another nurse called an ambulance and the resident was taken to hospital. She died on 23 February 2018, but the judge said Ms Ferchiu ‘cannot be fully held responsible for her death’ in the sentencing remarks.

Interviewed under caution, Mrs Ferchiu said she had visited Resident A at 4am on February 2, seen she had vomited and cleaned it up.

She said she had also seen a bruise, albeit it wasn’t as large as the one seen by nurses at 7.30am that same day.

Although Mrs Ferchiu said she was ‘concerned about the physical health’ of Resident A, ‘rather than seek advice from a doctor, she did nothing,’ the committee said.

‘She claims she checked on her, but that amounted to nothing more than standing by the door to the room she was in and looking across at her.’

Mrs Ferchiu has always maintained her innocence and, in an email to the NMC on 18 November 2021, she said: ‘In my heart, I know I did not wilfully neglect anyone in my care, and I used my clinical judgement relating to the health of that lady. Unfortunately, the heart cannot be used as witness.’

The Fitness to Practise Committee, however, said her ‘persistent lack of insight and remorse are indicative of attitudinal problems,’ and she is ‘likely to engage in a repeat of such behaviour which led to her conviction,’ on the basis of the conviction and her lack of remorse, remediation and insight.

Mrs Ferchiu has 28 days to appeal the decision.

In sentencing Mrs Ferchiu, the judge said she had gone off duty having conducted a handover that ‘conveyed nothing of any value to the day shift’ and ‘did nothing to prepare them for the condition’ in which they found the resident.

In February, West Yorkshire care home nurse Mamello Herring was struck off the NMC register after being filmed ‘dragging’ an 85-year-old woman with dementia across the room.