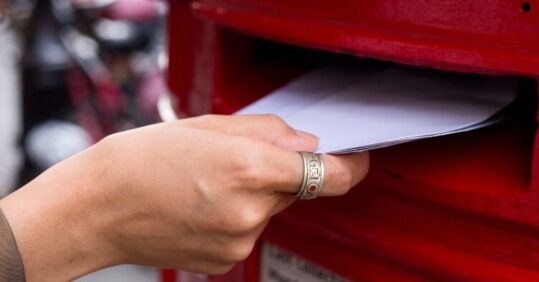 The Government is ‘not anticipating’ putting a higher pay offer for nurses on the table as they vote on strike action, health and social care secretary Thérèse Coffey has said.

Ms Coffey, who is also deputy Prime Minister, told Sky News: ‘We’ve honoured the independent pay review body’s recommendations on this. That was higher than many of the other pay rises that other public-sector workers are getting.

‘Dare I say it, having respect of the independent pay review body, I’m not anticipating that we’ll be making any further changes,’ she added.

On the potential for strike action, Ms Coffey said it was a ‘decision for nurses who decide how to vote in this next coming month’.

Responding to Ms Coffey’s comments, RCN chief executive and general secretary Pat Cullen said the ‘astonishing admission’ suggested ‘she has already decided she won’t be listening to our half a million members’ and ‘has her head firmly in the sand’.

She continued: ‘Nurses and support workers hearing this will be angry but it will make them even more determined. Members should find their ballot papers today and show the health secretary we have a strong voice that she cannot dismiss.

‘Ignoring nursing staff is akin to ignoring patients. We have overwhelming public support for the government to do what’s fair by nursing staff and what’s needed for safe patient care.’

RCN members across the UK on Agenda for Change contracts have until 2 October to decide whether to take industrial action over pay, in the first UK-wide ballot in the RCN’s 106-year history.

Nurses in England and Wales were offered an average salary increase of 4%, while nurses in Scotland were offered 5%. Nurses in Northern Ireland are yet to be offered a pay increase but will still take part in the ballot.

The RCN has been calling for a pay award of 5% above inflation, which is currently at 9.9% – but no pay offer approaching this figure has yet been made.