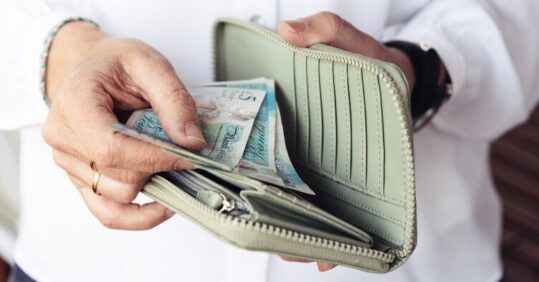 The average nurse on Agenda for Change contracts to be awarded a pay rise of just under 4%, the Department of Health Social Care has announced today.

In a move that RCN general secretary and chief executive Pat Cullen has described as a ‘grave misstep by ministers’, the average basic pay for nurses will be increased from £35,600 as of May last year to around £37,000, or an increase of 3.93%, backdated until April 2022. However, newly qualified nurses will see a pay rise of 5.5% up to £27,055.

Previously, the RCN had warned that the rumoured 5% pay rise for public sector workers would not be enough and that ‘unfair treatment will push more out of the profession’.

Ms Cullen said that ‘with this low award, the government is misjudging the mood of nursing staff and the public too’.

‘There are tens of thousands of unfilled nursing jobs and today ministers have taken the NHS even further from safe patient care. Living costs are rising and yet they have enforced another real-terms pay cut on nursing staff. It will push more nurses and nursing support workers out of the profession,’ she said.

As inflation reaches an all-time high of 7.9% financial, pressures on nurses have been mounting and many are frustrated that this latest pay rise can be considered a pay cut in real terms when compared to inflation.

Unison head of health and chair of the ​NHS group of unions Sara Gorton said: ‘Demoralised ​and depleted health workers needed to know that ministers are serious about solving the staffing crisis and investing in the future. The way to do that was through a significant pay award.

‘With the pandemic barely behind us and the growing cost-of-living catastrophe, NHS staff, their bank accounts ​and health services are all running on empty. The Government’s shown it’s prepared to sit by and watch waiting lists grow, ambulance call times ​lengthen and patient suffering increase.

‘Many will be seriously considering industrial action after this pitiful increase and a majority of the public will be behind them.’

However, a report presented to NHS England found that the NHS had only budgeted for a 3% increase to pay for Agenda for Change staff and that any increase above this level would have to funded by budget cuts in other areas.

Over one million staff on Agenda for Change contracts – including nurses, paramedics and midwives – will receive a pay rise of at least £1,400. This means that the lowest earners such as porters and cleaners will see a 9.3% increase in their basic pay this year, compared to last year.

Danny Mortimer, chief executive of NHS Employers, part of the NHS Confederation, said that while the organisation welcomed an increase in pay for hardworking and overstretched NHS staff beyond the 3% uplift originally budgeted for, he added that ‘NHS and public health leaders cannot be put into the impossible position of having to choose which services they will cut back on in order to fund the additional rise’.

‘Unless the extra increase is funded by the Treasury, very worryingly, this will have to be drawn from existing budgets and will mean an estimated unplanned £1.8 billion shortfall.

‘With the NHS already carrying 105,000 vacancies, if the Government truly intends to support the NHS as it recovers from the pandemic and as it continues to tackle huge waiting lists, then it must reconsider and commit to fully covering these much needed pay rises for staff.’

Ruth May, chief nursing officer for England, said in a tweet  that ‘the Government has honoured the pay review bodies’ recommendations. With the ongoing cost of living pressures which are already causing difficulties for many staff, I completely understand why this will be unwelcome news for many #teamCNO colleagues.

‘My priority continues to be doing all we can to support our hugely dedicated and skilled workforce and I will continue to encourage organisations to consider putting additional cost of living support packages in place.’