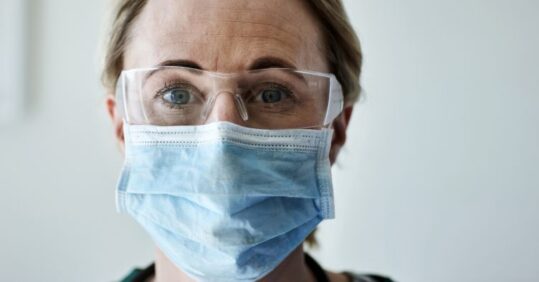 More than 1,000 nurses have died from Covid-19 globally, according to a report released by the International Council of Nurses today.

The ICN has called on world governments to address their ‘collective failure’ after it found 1,097 nurse deaths across 44 countries with available data – although this is likely to be ‘significantly’ lower than the total global figure.

The document was based on a survey of 52 of the ICN’s national nurses’ association members between 30 July and 14 August, and global data.

The organisation’s president Annette Kennedy called the survey a ‘disturbing snapshot’ of nurses ‘making the ultimate sacrifice by paying with their lives’ as they continue to be exposed to Covid-19.

She continued: ‘[The report has] confirmed some long-understood truths in the nursing community, that nurses are undervalued, unerpaid and sometimes treated as expendable.

‘This is a scandalous situation which ICN urges governments to rectify,’ she added.

The report also found that healthcare workers accounted for around of a tenth of infections in countries where data was available.

With almost 30 million people estimated to have been infected with the virus globally, this suggests that as many as three million infected were health workers, it noted.

However, the ICN also flagged that there is still no global systematic record of the number of healthcare worker and nurse infections and deaths.

It also found that only 16 out of 33 national nursing associations recognised Covid-19 as an occupational disease, which was ‘highly linked’ to governments also handing out entitlements and compensation.

However, only 25 out of 33 nursing associations said there was psychological support available for nurses during the pandemic.

Nearly half (15 out of 33) of those surveyed – including Canada, Italy and the USA – still faced ‘moderate to severe’ personal protective equipment shortages in long-term care facilities.

In addition, the report found that in ‘most countries’ testing of health workers was not implemented, although it was for symptomatic staff.

ICN CEO Howard Catton said: ‘The report’s findings add to a growing list of failures by governments to act to protect nurses and other health workers during the pandemic.

‘By not collecting data on deaths and infections or recognising Covid-19 as an occupational disease, governments are effectively looking the other way.

‘The consequence is that staff are left without equipment, training, testing, mental health or financial support.’

In April, it was announced that families of frontline health and social care professionals who died from Covid-19 would receive a £60,000 payment from the government. Although, the Guardian website revealed last month that families of low-paid frontline NHS and social care workers who die from coronavirus will be stripped of eligibility for welfare benefits if they receive a payout under the government’s Covid-19 compensation scheme.

Also in April, the NHS launched a mental health hotline as part of a package of measures to support NHS staff during the outbreak.