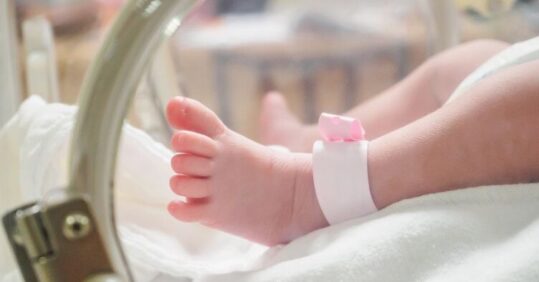 The Kirkup report into East Kent maternity and neonatal services has found that a toxic culture among staff, and repeated failures to listen to patients or learn from past mistakes, may have led to as many as 45 avoidable baby deaths.

The report, written by Dr Bill Kirkup, found that in hospitals under the management of East Kent Hospitals University NHS Foundation Trust ‘those responsible for the services too often provided clinical care that was suboptimal and led to significant harm, failed to listen to the families involved, and acted in ways which made the experience of families unacceptably and distressingly poor’.

Dr Kirkup considered 202 cases from the Queen Elizabeth The Queen Mother Hospital (QEQM) at Margate and the William Harvey Hospital (WHH) in Ashford.

In many of these cases, the report held that the outcome could have been different had the care been given to nationally recognised standards.

In almost half of the cases reviewed – 97 cases – proper care may have led to a different outcome. More troublingly, in up to 45 out of the 65 cases involving the death of a baby, the outcomes could have been avoided if care had been given at the standard level.

Andrea Sutcliffe, chief executive and registrar at the NMC, who gave evidence to the inquiry, said: ‘Today’s report sets out devastating failings in maternity care at East Kent Hospitals University NHS Foundation Trust. My thoughts are with the women, their babies and families who have been so terribly impacted by these awful events. I’m grateful to all who bravely came forward as part of this review.

‘Alongside serious organisational and leadership failings at the Trust, it’s clear that women and families receiving care were not listened to or treated with compassion and there was a clear breakdown in effective teamworking.’

The report found that a toxic culture of bullying among staff was partly responsible for the failings in care, finding ‘gross failures of teamworking across the trust’s maternity services’.

Dr Kirkup wrote that ‘some staff have acted as if they were responsible for separate fiefdoms, cultivating a culture of tribalism’. This, in turn, lead to a failure in the ability to recognise and acknowledge problems that were ‘fundamental’ to the poor care provided.

The report further noted that there was a failure in East Kent maternity services to listen to patients, or to treat them with kindness and compassion.

One mother told the report that she was ignored after telling staff that her spinal or epidural analgesia was not effective and they were in pain, saying: ‘They didn’t listen … they carried on, obviously, to cut me open. I could feel it all.’

At the level of the trust, the report also found that there was an unwillingness to acknowledge systemic failings in the quality of care and instead individual staff were blamed and frequently replaced.

Dr Kirkup said: ‘It is unsurprising that the trust has given the appearance of covering up the scale and systematic nature of those problems.’

The report also pointed out that, although East Kent ‘was faced with a bewildering array of regulatory and supervisory bodies’, these failed to effectively ensure patient safety.

Instead, these bodies only ‘served to deflect the trust into managing those relationships and away from its own responsibility’.

Commenting on the report, parliamentary and health services ombudsman, Rob Behrens, said: ‘It has only been a few months since the Ockenden report found devastating failures in maternity services. The phrase ‘never again’ is starting to ring hollow.

‘At what should be the happiest of times, mothers should not have to be anxious about the care they will receive. For the second time this year, we are hearing about major failures within maternity services spanning many years.

‘It’s vital that lessons are learned and action taken to avoid the trauma, pain and suffering that impacts on families when maternity services fail and policy makers say ‘this must not happen again’.’

In March, the Ockenden report concluded that Trusts must maintain a clear escalation policy for when maternity staffing falls below the minimum threshold, after senior midwife Donna Ockenden had examined cases involving 1,486 families affected by a maternity scandal at the Shrewsbury and Telford NHS Trust.