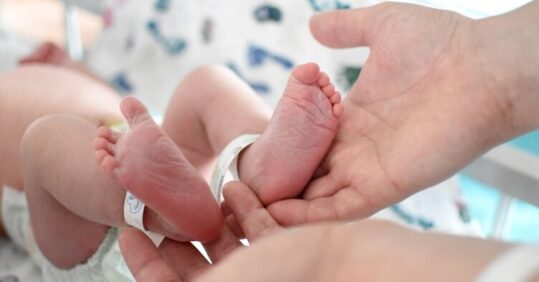 Severe staff shortages in maternity services are putting the lives of mothers and babies at risk, with staff overwhelmed by the pressure, a new report has shown.

The report on safe staffing published by All-Party Parliamentary Group (APPG) on Baby Loss and Maternity, which is co-chaired by new Chancellor Jeremy Hunt, found the impact of shortages on maternity care to be ‘extremely concerning’.

The report stated: ‘Staff and organisations that responded to the call for evidence were clear that impacts to their service due to staffing bore a very real threat to neonatal care and babies’ lives.’

And in reaction to the findings, the NMC and baby loss charity Sands both published a warning that continued low staffing levels are putting the lives of mothers’ and babies’ at risk.

NHSE has lost around 500 midwives this year, leaving shortages of over 2,000 across the maternity services, according to the Royal College of Midwives.

The APPG report, which heard from 120 respondees and a number of institutions over a six-week period, suggested that many maternity staff are now working in a constant state of fear of making a mistake and exhaustion, as chronic understaffing leaves them unable to provide more than the basic level of care.

The evidence submitted to the report clearly showed that ‘staffing shortages are severe, pervasive, and having a profound impact on maternity services’ and that service users were not being offered support such as smoking cessation and mental health services.

‘For many, crisis mode is now the norm,’ the report said. ‘We are seeing women’s choices curtailed, and antenatal and postnatal services squeezed. Even these steps leave staff overstretched.

‘All this results in a service where quality has been lost, and perhaps safety too. Staff report working in constant fear of something going wrong, made all the more likely by exhausted staff operating at their limits.’

The report showed that a lack of nurses, as well as midwives, was contributing to the staffing shortages in maternity services. One midwife told the committee: ‘There are no nurses as well. Consultant neonatologists are doing nursing shifts.’

A consultant obstetrician told the committee: ‘Our level 3 unit is dangerously understaffed with skilled neonatal nurses.’

There were also frequent reports that maternity and nursery nurses were required to take on work that should have been assigned to staff with specialist training, creating a risk to patient wellbeing.

Gill Walton, chief executive of the Royal College of Midwives, said: ‘A serious, persistent and worsening shortage of midwives and other staff is having an impact on the safety and quality of care for women, babies and families.

‘Staff are working flat out and doing their best but they are burnt out, fragile and exhausted. The demands on them mean they cannot deliver the level of care they so desperately want to, and choice for women is being eroded.

‘This is why many are choosing to simply walk away from the NHS because they know they cannot deliver the right care, and for the sake of the own mental and physical health.’

Cherilyn Mackrory MP, co-chair of the APPG on Baby Loss, said: ‘This is a crucial report that highlights the impact staffing shortages on maternity and neonatal care services.

‘Following on from the Ockenden report, this report affirms yet again that investment is needed to ensure maternity and neonatal services are well staffed and supported so that we deliver the care women and families need.’