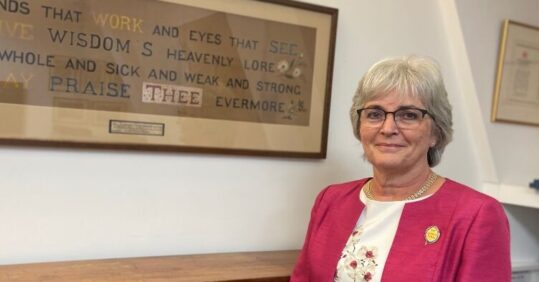 The QNI plans to launch a network for ICB nurses to come together and share information and experiences in early 2023, Nursing in Practice can reveal.

As early as January next year the QNI wants to ‘create a safe space’ for nurses with positions on ICB boards to come together and to provide an opportunity to meet with other nurses and experts from the QNI.

Currently, each of the 42 integrated care boards (ICB) appoints a chief nursing officer. However, Dr Crystal Oldman, QNI chief executive, believes that this is not enough for nurses’ voices to be heard.

Dr Oldman told Nursing in Practice: ‘I don’t think that the nurses are yet featuring strongly. It’s early days to make a judgement but it’s not happening yet because[the ICBs] are still forming and part of that forming is everyone finding their place.’

In response to this lack of voice, the QNI will be creating a network to offer ‘the chief nurses, and also their deputies, the opportunity to come together so they can share the challenges but also to have the opportunity to find out what data we have on communities’.

The network will also enable nurses to meet with QNI experts, such as director of the QNI’s International Community Nursing Observatory (ICNO) Professor Alison Leary, to ‘talk to her about the evidence base for the services in the community on things like virtual wards, all of the things that we as nurses have a huge amount of knowledge on’, she added.

Based on the model of the QNI’s existing community nurse executive network (CNEN), the ICB network has been tested with a number of ICB nurses who supported the idea.

Dr Oldman also suggested that there was the potential to bring together the CNEN and ICB nurses network ‘once or twice a year’.

The network will initially be funded by the QNI and not receive funding from Health Education England, although Dr Oldman did suggest that the programme may seek a sponsor in the future.

ICB chief nurses and their deputies should expect to be contacted about the programme early next year.